There are plenty of TWS earbuds out there, but the Amazfit ZenBuds are different – instead of playing music, their main goal is to help you get a good sleep at night, focus during the day and find your zen.

The buds were unveiled at CES earlier this year and went on to win a Red Dot Design Award 2020. Now they are on Indiegogo, seeking money for their initial launch.

The simplest use case for the Amazfit ZenBuds is to put them on and go to bed. They will play sound from a varied library of relaxing audio, “from bubbling brooks to serene forests”. You can set a timer to automatically stop the audio or leave it on all night. Here are some samples:

The buds alone can last up to 12 hours, their charging case adds another 56 hours of play time (that’s 8 full nights of sleep in total, assuming you get the recommended 8 hours a night).

The buds will monitor your sleep, including sleep positions and heart rate. This also means that the buds know when you have fallen asleep, so they can stop the audio automatically (this is the Smart Playback feature). 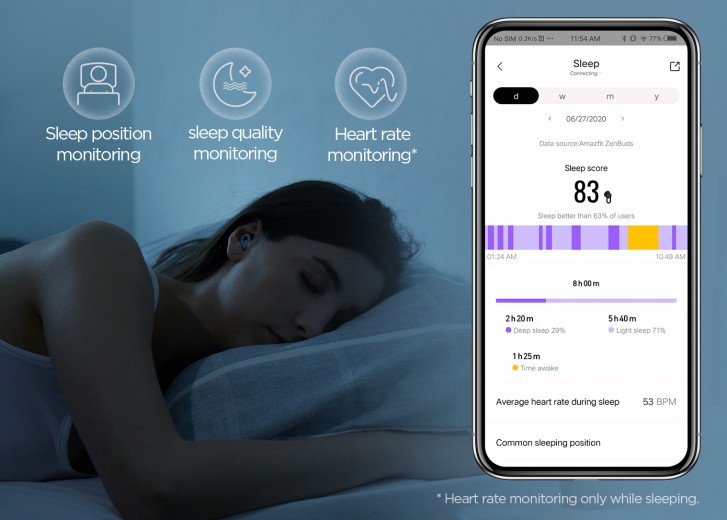 But it doesn’t end there – there’s an alarm built in that will gently wake you up. It starts off quiet and gradually gets louder until you’re up (but it’s not loud enough to wake up someone sleeping next to you).

You may want to keep the ZenBuds on during the day too. They have a noise-blocking design (plus the library of white noise also helps block distractions). The buds will notify you if an important call comes in, however, so you’re not completely cut off from the world. 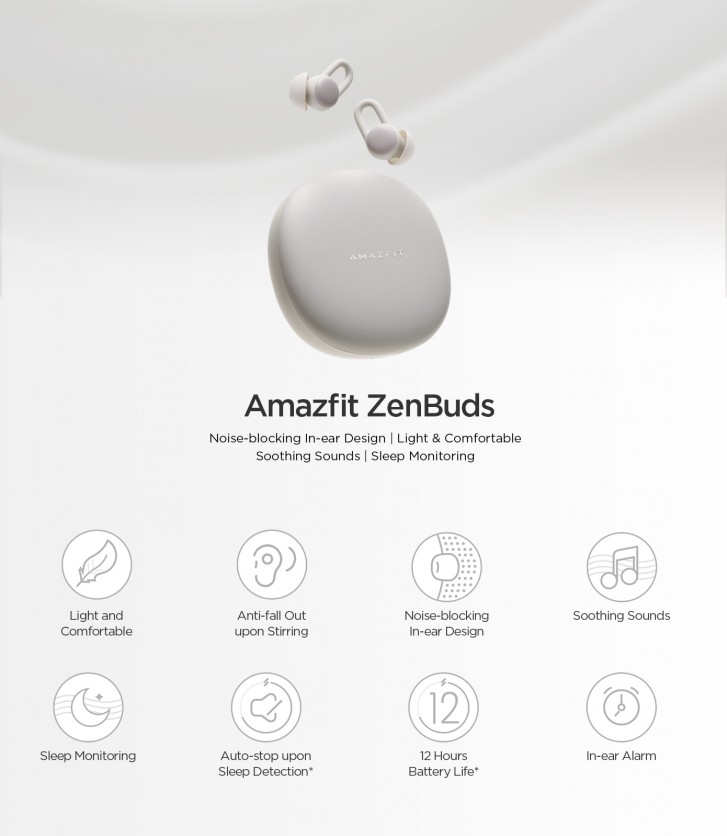 These can also help you focus using the Pomodoro Technique, which helps you break down work into manageable 25 minute intervals with short breaks in between. The goal of this technique is to increase your focus and flow. There’s also a built-in breathing exercise if you need to relax.

Obviously, to stay in your ear the Amazfit ZenBuds have to be very comfortable. Each bud weighs only 1.78 g and is designed to brace against your outer ear so it won’t slip out. They also have soft silicone ear tips – the box contains four sets of different sizes, so you can pick the one that fits you best.

Note that these can’t be used to listen to music, they only play sounds from the included library. Also, they can’t measure your heart rate during exercise, this feature is available only while you sleep.

If you back the ZenBuds on Indiegogo now, your pair (or multiple pairs, depending on which option you pick) will ship in September.