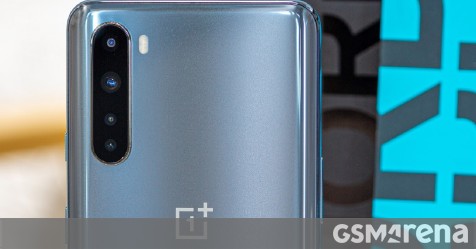 Rumors of OnePlus working on a smartwatch aren’t very recent. In fact, OnePlus founder Carl Pei tweeted in June 2016 (over four years ago) sketches of a OnePlus smartwatch that never came into fruition. This watch was intended to be released between the launches of the OnePlus 2 and OnePlus 3. That watch would have features a round form factor with interchangeable bands and bezels.

What could have been but never will be. Sketches circa 2015. #throwback pic.twitter.com/5zKuSdDiv0

New evidence of OnePlus’ development for a new smartwatch surfaces with a new certification by the IMDA (Infocomm Media Development Authority) of Singapore. As reported by 91Mobiles, the certification only provides the model number of such a wearable from OnePlus as W301GB. No other information or specification are revealed by this certification, but it does raise speculation about a new wearable.

OnePlus sister company Oppo recently released its Oppo Watch – an Apple Watch copy-cat running Wear OS. At this point, we can only speculate what we might expect from a smartwatch made by OnePlus. Right now, we are anticipating that OnePlus will make a watch with a similar approach to its OnePlus Buds: emphasis on design and functionality at a competitive price point.

We wonder if such a wearable would offer special functionality with OnePlus smartphones, and whether the smartwatch would be square like the Oppo Watch, or round as OnePlus initially imagined its smartwatch to be.

The OnePlus Buds were mostly well-received by fans and news outlets (you can read our review of the Buds here). The next logical step for OnePlus to continue to grow its hardware ecosystem is a smartwatch to complete the tech trifecta: phone, buds, watch. We are eager to see what OnePlus is cooking up.