Firefox for Android gets a major update 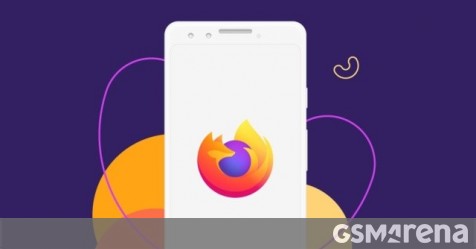 Mozilla just released its updated Firefox browser for Android adding a ton of new features and optimizations. Most of them come directly from the desktop version of the browser to make the experience more seamless across different platforms.

For starters, the address bar has been moved at the bottom of the screen so you can reach it more easily if you are using a big phone with one hand. And if you don’t like it, you can always put it back up.

Since Firefox is privacy-oriented, the Enhanced Tracking Protection feature has been implemented here as well. There are three presets – Standard, Strict and Custom. The default is Standard and although it won’t block content trackers for ads, it would still help with fingerprinters. Another similar feature coming from Firefox Focus is the option to open up links in a private tab. 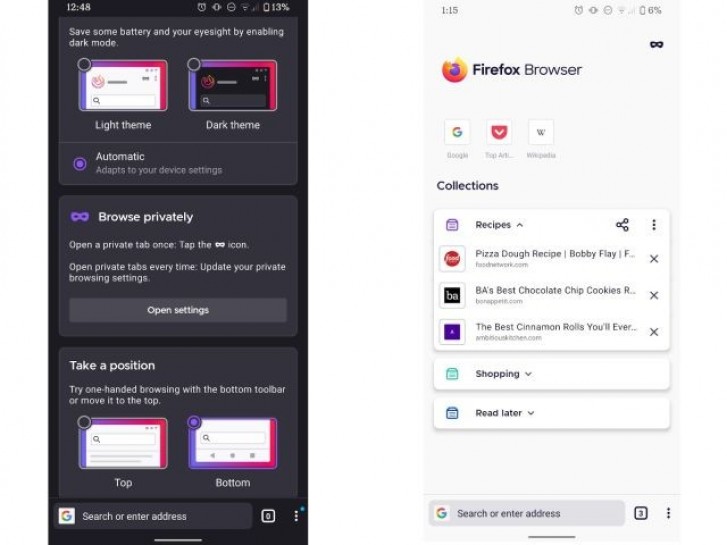 A new feature called Collections works just like bookmarks but you will know links thrown into Collections are something you’d want to pick up later on or read that article when you have the time without having to clutter your window with tabs.

Third-party add-ons also get some love with the new update. They were supported with the previous version of Firefox for Android but most of the add-ons are not optimized for mobile. That’s why Mozilla is now starting to certify mobile-friendly add-ons so you will get a proper mobile experience. For now, only 10 add-ons have been certified but the number will grow overtime.

Picture-in-picture for video playback makes its way to Android as well while under the hood improvements promise about 10{8c54160eed80eb00ac4f5d74c8785e95142d89daf570f201b81dc7fdc31059f3} faster page load times thanks to some tweaks to the GeckoView engine – the backbone of Firefox for Android.

If you still haven’t received the update, go and make it official manually. It’s available on Google’s Play Store for European users with North America to follow on August 27.