Google is expanding the functionality of its Nest devices’ multi-room audio feature. You can already stream music or podcasts to more than one Google Nest, Google Home, or Chromecast device. With the next update, Google will offer more control over the devices playing music.

For starters, you’ll be able to group which speaker you want to play music without needing to manually create a speaker group. On a Nest smart display, you’ll just need to tap on the lower left corner of the screen while some audio is playing, and you’ll be offered a list of your speakers where you’d like to throw audio to as well. 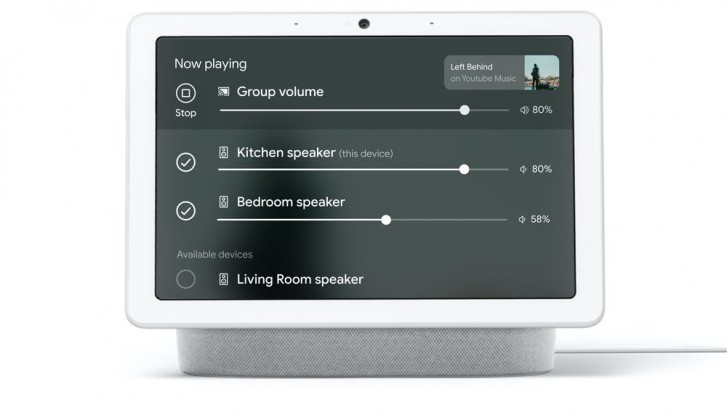 Another new feature called Steam transfer lets you use voice commands to stop content on one device and continue it on another. This can be done between Nest and Chromecast devices. Stereo pair will let you listen to music on two Nest speakers with dual channel separation.

Finally, Google is adding the ability to ask a Nest device to “recommend new music”. Nest will offer recommendations from either YouTube Music or a Premium Spotify account.

Multi-room control interface will begin rolling out to all Nest Hub and Google Assistant-compatible smart displays today. This same feature will be coming to the Google Home App later this fall.