Google Pixel Buds will soon be updated with new features, new colors to arrive in August 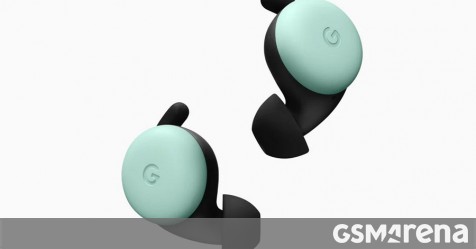 According to Forbes reporter Jay McGregor, the new Google Pixel Buds are due for a “Feature Drop” in which Google will update the product to support more new features that were not available out of the box. Google has done Feature Drops for Pixel devices in the past, and this would be the first Drop for the Pixel Buds.

According to the report, there’s only word of the Feature Drop, but not word on what will actually be included as part of the Drop. Based on what is known right now , Google may possibly update the Pixel Buds with new EQ settings to adjust the sound quality, Adaptive Sound (the feature that raises and lowers volume based on surroundings) could be getting more tweaks for the user, perhaps battery life could use a boost, and Google might finally have a fix for the issues that some have expressed about Bluetooth audio cutting out.

Based on a tweet from the @madebygoogle handle, Google’s Pixel Buds will be arriving in new colors next month. The Buds were announced to arrive in four different colors, but only the White ones are available for sale. The other colors expected are Oh So Orange, Quite Mint, and Almost Black.

Google #PixelBuds are now available in more countries, including Australia, Canada, France, Germany, Ireland, Italy, Singapore, Spain, and the UK. Get yours at the Google Store today: https://t.co/Rb8KCYtdQE

P.S. Keep an eye out for more #PixelBuds colors coming next month. 👀 pic.twitter.com/DJZmmt88vX

With increased sightings of Google’s new Pixel phones (4a and 5) and Nest hardware in more recent weeks, we might be closer to a MadeByGoogle event than we think. Google’s event is normally in October, but I have a feeling that we might be seeing Google hardware arrive earlier than usual this year.