We have another round of CAD-based renders to look at today, and these are said to depict the upcoming Huawei Mate 40. However, we’re thinking this may be the Mate 40 Pro as well, or even the Mate 40 Pro+, as three versions of the flagship phone have been rumored – and such a strategy would emulate what Huawei’s done with the P40 family.

Anyway, let’s assume this is the vanilla Mate 40. It has a gigantic circular rear camera bump, that’s probably the biggest one we’ve ever seen. There are three cameras inside, with a fourth space seemingly empty, but that might be employing a LIDAR sensor like Apple’s new iPad Pros. Outside of the hump, we also get some huge LED flash action. 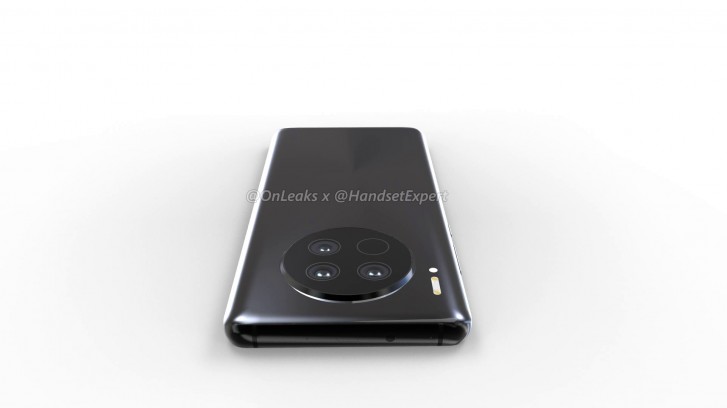 On the other side, the signature notch of past Mate series devices is gone, replaced by a P40 Pro-style elongated left-aligned hole-punch that was rumored to house a similar face unlocking system to the P40 device.