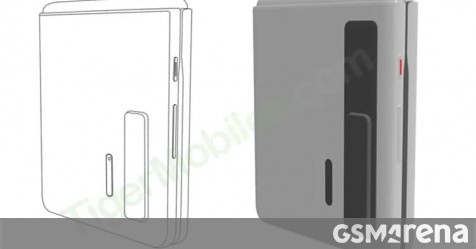 We’ve only seen a few commercially available foldable phones and only two of them come in the clamshell form factor – the Galaxy Z Flip and Razr 2019. It seems that the third major player in the foldable game Huawei will also have a go at that form factor. A patent on CNIPA (China National Intellectual Property Administration) reveals the key design features of the Huawei clamshell but keep in mind that not all patents actually make their way to the production line.

Starting with the front of the clamshell Huawei we can see it sports a sizeable notch on the top which houses the selfie camera and perhaps some biometric sensors. The right side is where you find the volume and power buttons, the latter of which bears a red accent.

The back has a multiple cameras setup in the left corner which is separated from the flash as well as what appears to be a long secondary display below the actual cameras. 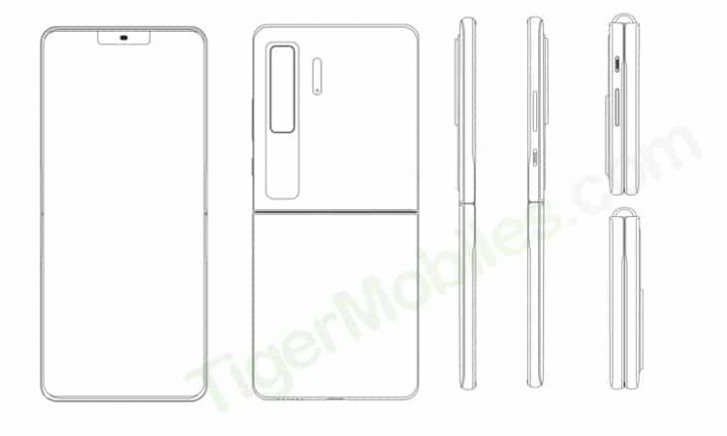 The phone appears to sit completely flat in its unfolded position and comes with a hinge in the middle. It also seems to sit flat when folded. There are no specs or other details that can help us at the moment but a recent rumor suggest Huawei is looking to implement UTG (Ultra-Thin Glass) on its upcoming foldable phones.