Infographic maps every 5G device that Samsung has launched so far 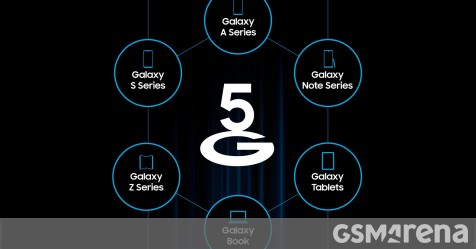 Samsung unveiled its first 5G smartphone back in February 2019 and has continued to grow its 5G portfolio since. There are many phones, of course, but also some tablets and even an ultraportable laptop. The infographic below will give you a bird’s-eye view of of the lineup, for more details we have reviews for several of the devices.

There are four series of Galaxy phones that feature next-gen connectivity. The flagships, of course, including the newly-formed Z-series. Just a couple of days ago the Galaxy Z Fold2 went on pre-order and it will launch by the end of the month. On the other end of the price scale is the Galaxy A42, Samsung’s cheapest 5G phone yet.

Then there are the tablets, including the Galaxy Tab S7 and S7+ from a month ago – those two will start shipping in India in a few days. They won’t get to flex their 5G muscle there, however, as India is yet to get its first next-gen networks. Many of the phones above also have LTE versions for such regions.

New from today is the Samsung Galaxy Book Flex 5G. Compared to the original that came in late 2019, this upgraded model adds 5G (sub-6 GHz) and switches to the 11th generation Intel Core processors that were just announced. They boast beefy Intel Iris Xe graphics, much faster than previous embedded Intel GPUs. That’s why there’s no Nvidia MX250 option this time around.

Note that Samsung picked the 13” model to imbue with 5G connectivity, the 15” version was not upgraded. Anyway, here’s the infographic that maps every 5G device that Samsung has launched so far: