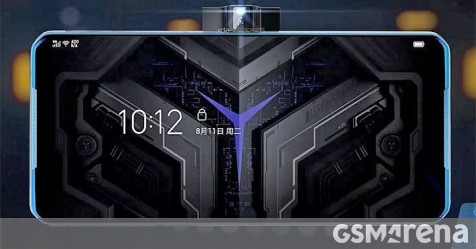 On Wednesday, Qualcomm officially announced an incremental update to its high-end chipset. The Snapdragon 865+ is already confirmed to be used in two high-end gaming smartphones – the Asus ROG Phone 3 and the Lenovo Legion phone.

Lenovo has now announced that its new smartphone will arrive on July 22 – the same day as the Asus ROG Phone 3’s scheduled announcement date. The information was made public on Lenovo’s Weibo handle through a new teaser. The phone will be announced at 7:30 PM Beijing time.

As per previous reports and rumors, the Lenovo Legion will have an FHD+ resolution screen, with a touch sampling rate of 270Hz. There’s 16GB of LPDDR5 RAM and 512GB of UFS 3.1 storage in tow. There’s also a funky new take on design in terms of usability with a landscape-preferred interface.

Once July 22 rolls around, the Lenovo Legion will be going head-to-head with the Asus ROG Phone 3 – set to be announced just hours apart.