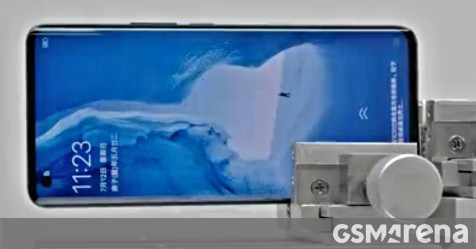 The vivo iQOO 5 is right around the corner, with a confirmed announcement date of August 17. The phone’s call to fame is definitely the whopping 120W fast-charging tech, already both officially advertised and demoed live on video as the first commercially available solution to break the 100W threshold.

Naturally, the iQOO 5 is going to have a solid flagship specs sheet to match that halo feature, as well. A recent Master Lu benchmark listing offers extra detail on that front. The vivo V2024, which is the same model number the iQOO 5 has already appeared with on GeekBench and the 3C certification authority, will, indeed be running a regular Snapdragon 865 chipset. This is evident by the reported 2.84GHz maximum CPU frequency. A number that the newer 865+ bumps up to 3.1Ghz, on the Prime core.

Some rumors also claim that there will be a Pro variant of the iQOO 5, rocking a curved display and a vanilla version, with a flat panel. We are yet to hear anything substantial about the camera setup of the iQOO 5, but, we can expect more info as we inch closer to the August 17 announcement date.