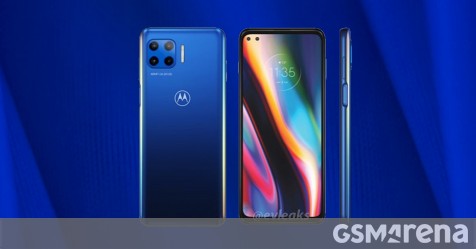 Yesterday we got our first look at the upcoming Moto Moto G 5G thanks to a leaked render from Evan Blass. Now, we have a detailed set of specs from the same source to back up yesterday’s image. According to Blass, the Moto G 5G is actually the rumored Moto Edge Lite and the device will likely be launched at Motorola’s July 7 event. Adding another twist, we’re also expecting a Moto G 5G Plus but we don’t have any more details on this device for now.

Here are the specs on this. Much of this was first reported by XDA when the device was being dubbed Edge Lite: https://t.co/TjyD0pTTnK pic.twitter.com/PJVTaVpZBb

The camera department will be headlined by a 48MP primary shooter alongside a 5MP macro shooter, an 8MP video wide module and a 2MP depth helper. The phone will be powered by the Snapdragon 765 chipset coupled with 4GB RAM. There’s also expansion options via microSD slot.

On the software side, we’re expecting Android 10 while the battery is rumored to come in at 4,800 mAh with 18W charging support.