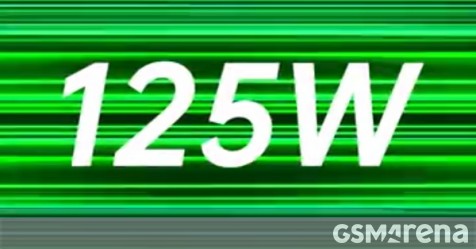 As you’ve probably noticed, the new system isn’t twice as fast despite having twice the top power throughput. This is because the charging speeds decrease as the battery fills up in order to prevent heat accumulation and protect the battery.

Speaking of protection, Oppo has increased the number of temperature sensors from 4 on SV2.0 to 10 for flash charge phones. They ensure that the battery never exceeds 40°C. Also, the new power bricks use 128-bit encryption to prevent hackers from flashing new firmware on the charger, which could cause it to become unsafe.

That’s a C-rate of 6, which suggests that in theory the battery can be fully charged in 1/6th of an hour, just 10 minutes. In reality, it takes twice as long as the charge speed is reduced towards the end.

After the live demo of the new 125W system, Oppo announced that the chargers have entered mass production. This means that the first phones to support them will be unveiled soon as well.