Oppo is launching its next phone, dubbed Reno4 SE. It looks a lot like the F17 Pro, sold on the global scene, but after further inspection, instead of having four shooters in a square setup, they are actually three with an LED flash in the fourth circle.

The Oppo Reno4 SE is now listed on the company website, as well as appearing at some retailers, and will be launched on September 21. 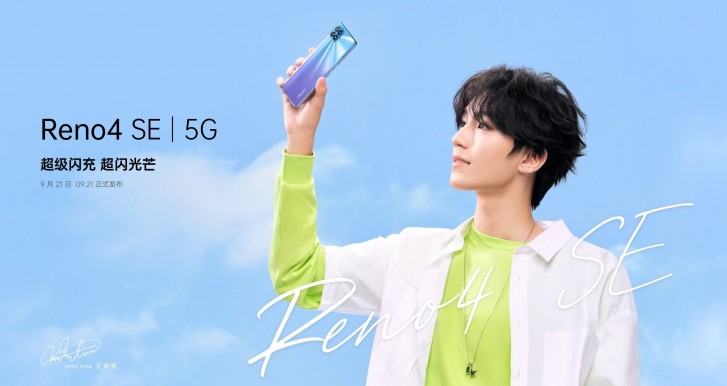 The phone will support 65W charging and have an OLED panel with a single punch hole in the upper left corner.

There is a power key on the right side of the phone, the left is for the volume rocker, and on the bottom, there’s room for a 3.5mm audio jack, USB-C port, and a speaker grille.

The battery will be 4,300 mAh, split into two 2,150 mAh cells to enable the fast charging speeds.

While all these features are official, the phone also appeared at China Telecom with its memory configurations – 8/128 GB and 8/256 GB. The chipset will be MT6853V, which is the model number of the Mediatek Dimensity 720 5G.

The last unknown is how much will the Reno4 SE cost – China Telecom has two price offerings, but they are likely placeholders because CNY2,999 (nearly $450) seems steep given the specs.