A phone with a stylus but without a Samsung logo? Yes, indeed, but it’s not like Motorola is intruding on Galaxy Note territory with the Moto G Pro (aka Moto G Stylus in the US). The phone differs in several keys aspects from the Samsung, chief among them is the price – this Moto is a mid-ranger.

Unlike the Notes, it uses a simple capacitive stylus. You could buy those separately for any phone, but you will also need to carry them separately. The Moto has a compartment to house the stylus, however that may have required some reorganization that pushed the rear-mounted the buttons on the side too high up. 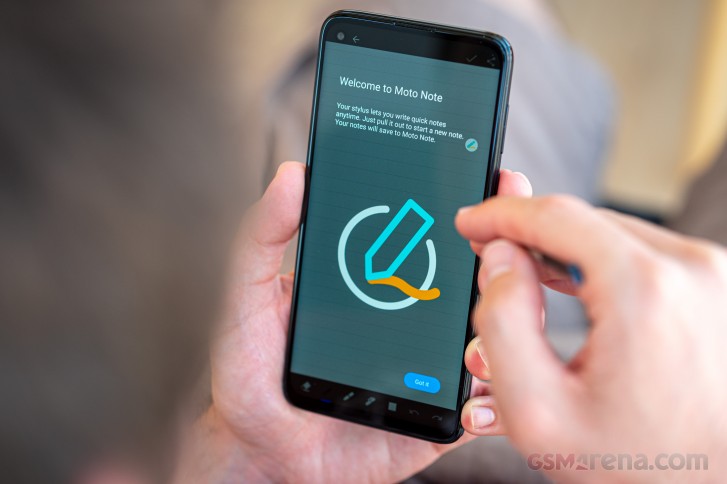 The differences don’t end there. The display is an IPS LCD instead of OLED and the software is mostly stock Android 10. Motorola did include some stylus-related features, like the bubble with four shortcuts that appears immediately after you pull the stylus out.

How well does the capacitive stylus compare to the Galaxy Note stylus, which uses Wacom technology behind the scenes? This is something that you have to try in person, the second best option is to see it in action on video.

Motorola doesn’t rely exclusively on the stylus to make the Moto G Pro stand out. It also offers good quality stereo speakers, an interesting camera setup with an ultra wide Action cam and a pure Android experience you won’t get from many other phones.

Even so, you must really have your heart set on getting a mid-range phone with a stylus to pay the asking price of $270/€300 as there are alternatives that are either cheaper or more capable. Luckily for the phone, almost none of them have a stylus.