The G100 features a “smartphone crushing” 20.3MP Micro Four Thirds sensor without Low Pass Filter and with 5-axis hybrid image stabilizer. The camera can record 4K video in 24p or 30p or 1080p video in 60p. The video can be recorded in a multitude of aspect ratios, including Instagram friendly 4:5, 5:4 and 9:16. Video can also be recorded in Panasonic’s V-LogL flat color profile for better control over grading. 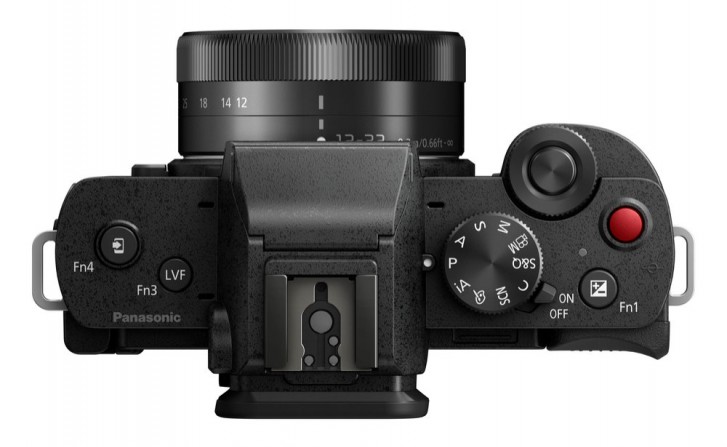 On the back is a field sequential electronic viewfinder with a 3.68 million dots alongside a 3.0-inch fully articulating touchscreen LCD display. The display can be rotated forwards so you can check exposure and focus while filming yourself.

The Lumix G100 also integrates Nokia’s OZO Audio for spatial audio. It features a triple microphone array, two in the front and one on the back, which can be configured to shoot audio just in front of the camera, just on the back, or mix all three for surround sound. The microphones on the front can also track your face in the face tracking mode and make sure you sound the same even if you move around the frame. An Auto mode can automatically switch between all the different modes. 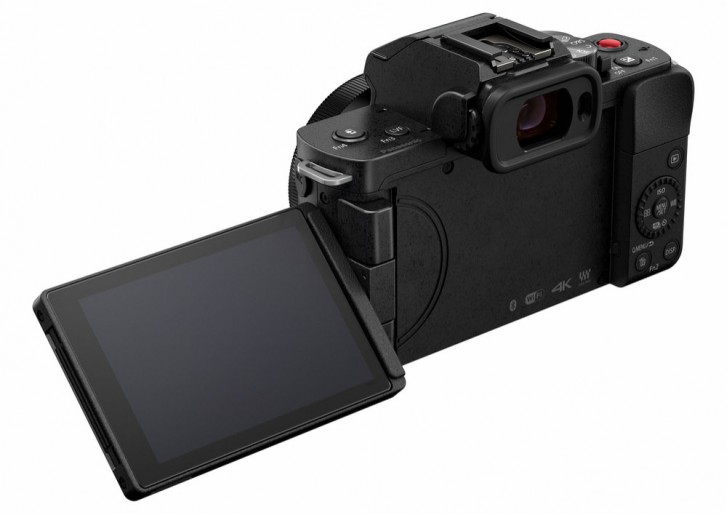 The Lumix G100 has integrated Bluetooth and Wi-Fi for connecting to your smartphone. A micro HDMI connector allows you to output clean 1080p video to an external recorder. There’s also a microphone input if you want better audio. The camera still charges via microUSB and you can’t charge it while it’s in use.

The Lumix G100 is compatible with the Micro Four Thirds mount system. It ships with the LUMIX G VARIO 12-32mm F3.5-5.6 ASPH power zoom kit lens with built-in OIS but you can easily swap it out for something better from a wide selection of available lenses. 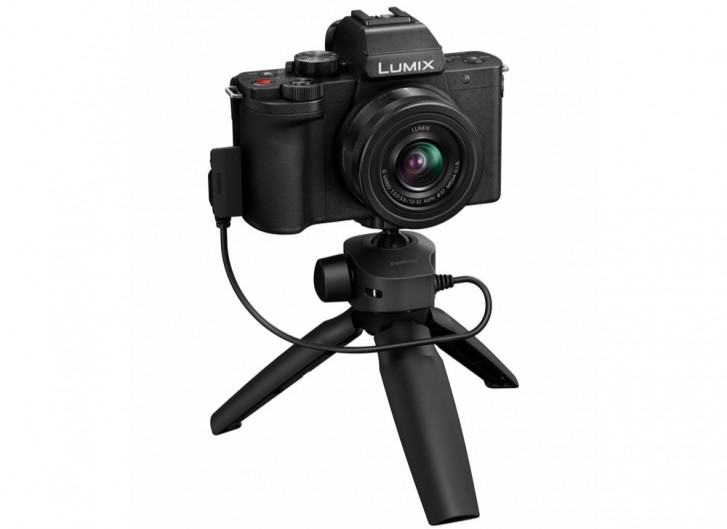 Panasonic also offers a mini tripod that doubles as a selfie stick to record yourself. The DMW-SHGR1 tripod grip will be sold separately.

The Panasonic Lumix G100 is priced at $749 and will be available in late July with the aforementioned kit lens. The tripod grip will cost another $50.