Shortly after Poco India officially announced that the M2 Pro was coming on July 7 (via an online event), the phone in question is now spotted on Geekbench.

The Geekbench listing revealed the phone running Android 10, and the model name listed is “Xiaomi POCO M2 Pro”. Although we know it’s a Qualcomm processor, the device is expected to arrive with the Snapdragon 720. 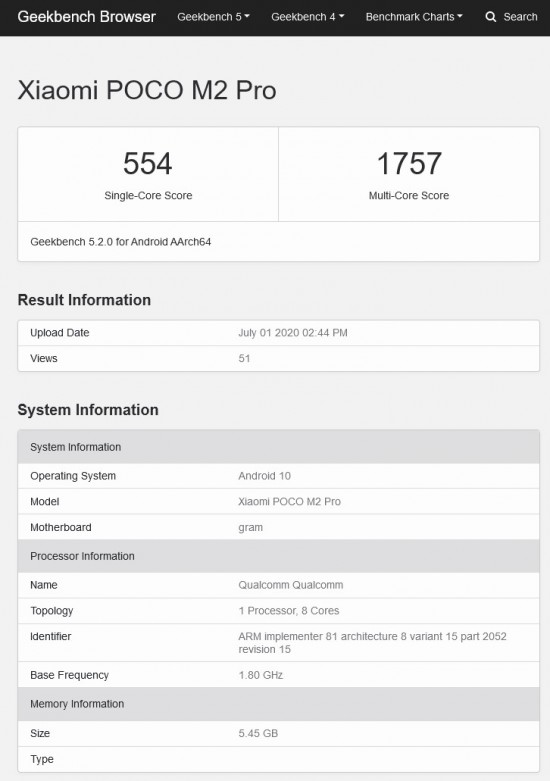 Poco’s new phone is expected to be a rebranded Redmi Note 9 Pro, so we can expect a Snapdragon 720G, a 6.67-inch Full HD+ LCD screen, side-mounted fingerprint scanner, and a 5,020 mAh battery. Thanks to the new benchmark results, we now know the M2 Pro will come with 6GB of RAM.

For all those who were on the edge of their seat. It’s time to #FeelTheSurge with the #POCOM2Pro.

Poco India will announce the M2 Pro on July 7 and it is expected to be sold exclusively on Flipkart in India.