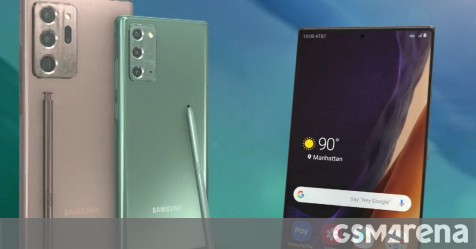 Carrier AT&T is preparing to launch the Note20 duo in the US and in its rush to get ready, it let one of the promo videos slip out. Here’s a 2-minute look at what the new stylus-packing flagships will be like.

The Samsung Galaxy Note20 Ultra 5G will have a 6.9” Dynamic AMOLED display with 120 Hz refresh rate. The vanilla Galaxy Note20 5G is getting a 6.7” Super AMOLED+ display and since the refresh rate was not mentioned, assume 60Hz. Both have single punch holes in the center.

As expected, the Note20 Ultra will feature a 108MP main camera while the vanilla model is getting a 64MP cam, both capable of recording 8K video. Also, “Space Zoom” will top out at 50x for the Ultra and 30x for the vanilla, however, the video doesn’t confirm the rumored changes to the Ultra’s periscope cam (12 MP sensor instead of 48 MP). 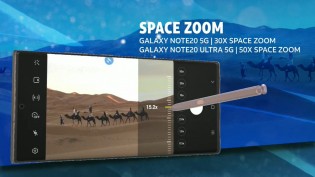 The Galaxy Note20 will be powered by a 4,300 mAh battery, significantly larger than the 3,500 mAh power cell of its predecessor. The Note20 Ultra battery will be only slightly larger at 4,500 mAh (consider that it has to power a larger 120 Hz display). 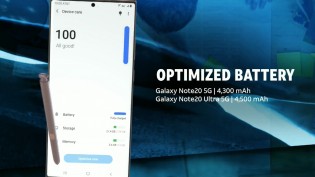 Finally, the color selection. The Mystic Bronze color will be shared between the vanilla and Ultra models, the Mystic Green will be exclusive to the vanilla. 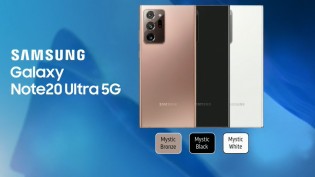 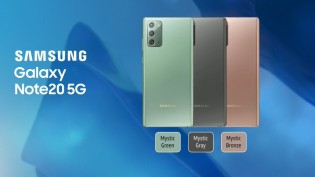 Color options for the Note20 duo

The Samsung Galaxy Note20 and Note20 Ultra will be officially unveiled this Wednesday, August 5. They won’t be alone either, the Galaxy Z Fold 5 will also support an S Pen, plus the Galaxy Watch3 is expected to make an appearance (and may be part of pre-order promos). Stand by for the global launch of the Galaxy Z Flip 5G as well.