Realme to attend IFA Berlin for the first time 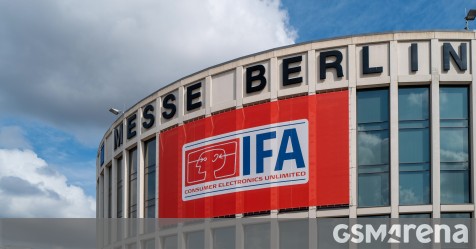 Popular tech trade show IFA that’s held in Berlin, Germany every year at the start of September will not go ahead as normal this year due to the COVID-19 pandemic. To reduce the risk of COVID-19 infection, the organizers of IFA have decided to keep the show only open to journalists and not to general public, but it’s unclear how many brands will attend the event since Samsung has already pulled out of it and others may follow suit.

Now Oppo-offshoot Realme has confirmed its intention to attend IFA 2020 in Berlin making its debut at the show. This announcement was made through IFA’s official Twitter handle and we are yet to hear more about it from Realme.

Get exicted for @realmemobiles! We’re welcoming the growing smartphone brand for the first time in #Berlin at #IFA20 Special Edition! pic.twitter.com/OJ8b9y5PS2

It’s currently unclear what products Realme will unveil at IFA 2020 but we expect it to announce smartphones along with some AIoT devices and lifestyle products since the company is expanding its ecosystem and even announced its 1+4+N product strategy last month. You can head over here to learn more about it.