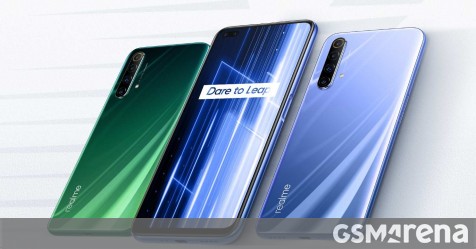 The Realme X50 5G has arrived in Europe. The phone became available earlier today, you can find it on Realme.com at a price of €350. There is only one memory configuration, 6 GB of RAM and 128 GB storage, and two color options, Jungle Green and Ice Silver (which is actually blue).

Here’s an important note – the European X50 launched as the X50m elsewhere. They are pretty similar, save for the cameras. The euro model gets a 48 MP main camera on the back, compared to 64 MP on the other X50 and the Realme 6 Pro.

Also, this model loses the 12 MP telephoto camera (2x zoom, 54 mm), which is available on the other X50 as well as on the Realme 6 Pro. Finally, the secondary cam on the front is a depth sensor instead of an 8 MP ultra wide cam. 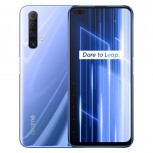 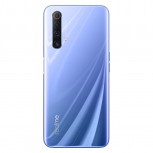 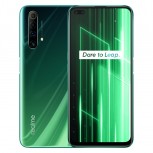 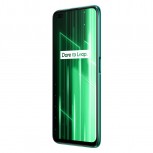 The X50 brings 5G connectivity, which the 6 Pro lacks. It supports 12 different bands and can automatically switch to 4G to save power then back to 5G when an app needs a fast connection. It can also juggle dual-band Wi-Fi to ensure a fast, stable, efficient connection.

There’s also the Realme X50 Pro 5G, which is much pricier, €600. It does come with a Super AMOLED display, Snapdragon 865 and 65W fast charger (plus the better camera version with 64 MP main and 12 MP tele modules).

Meanwhile, the Realme Buds Q are launching on the Old Continent as well. These cost only €30 (actually, €20 if you buy them alongside any Realme phone), but they boast 10 mm drivers, IPX4 rain and sweat resistance and 4.5 hour playback (20 hours total with the charging case). These are available right now on Realme.com as well.