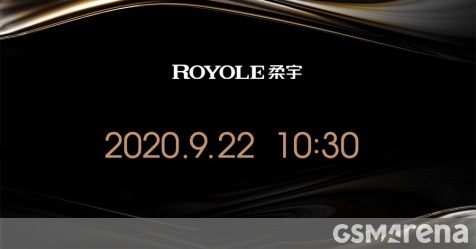 Chinese flexible display manufacturer Royole made rounds last year when it released its FlexPai foldable phone – beating Samsung’s Galaxy Fold and Huawei’s Mate X to the market. In March of this year we saw the announcement for the FlexPai 2 with improvements across the board and updated specs. Now, we get confirmation from the brand’s Weibo profile that the foldable will launch on September 22.

In addition, the FlexPai 2 has been spotted in a Geekbench 4 listing revealing its synthetic performance. The device is powered by the Snapdragon 865 chipset paired with 8GB RAM and managed 4,252 points in the single-core test and 13,365 in the multi-core department. Again this is a Geekbench 4 test so that explains the higher score output compared to the now more common Geekbench 5 test. 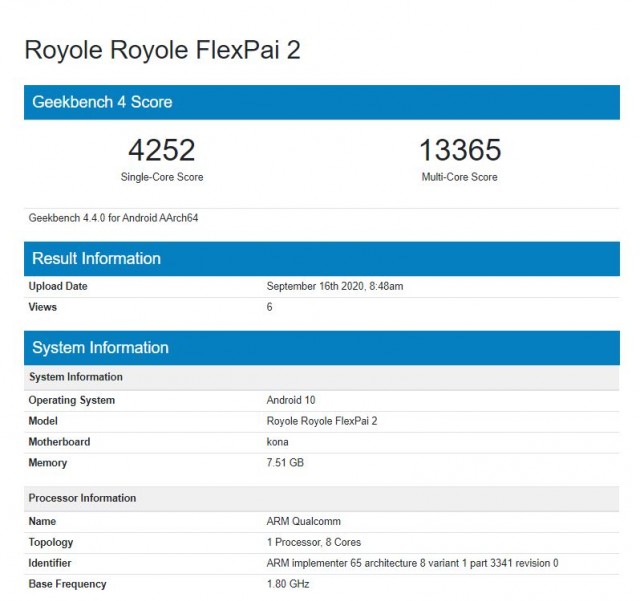 FlexPai 2 comes with the company’s third-generation flexible display dubbed Cicada Wing. It boasts a smaller crease and bend radius alongside higher brightness output and improved viewing angles. The new panel is also stated to be more durable and can withstand all types of bends including rolling up the display.