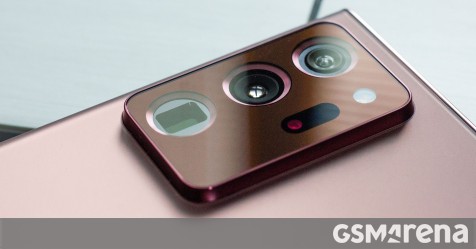 Samsung has published three videos, detailing the advancements of the Galaxy Note20 Ultra in the camera, the S Pen and the premiere of Ultra-Wideband technology.

The three videos go into detail with the new features of the Galaxy Note20 Ultra. For example you can see how to record better video with Samsung’s Pro Video mode on the Galaxy Note20 Ultra – it allows you to use the phone’s three microphones to enhance the recorded audio from either the front or the rear of the phone and also adjust sound levels while recording.

Samsung shows off the new S Pen gestures for navigating the screen, annotating documents (you can even add voice-recorded messages inside PDFs) and creating better notes.

Finally Samsung goes over the new Ultra-Wideband technology premiered in the Galaxy Note20 Ultra (the only other smartphone that uses UWB is the Apple iPhone). It allows for spatial awareness connectivity in which you can send files quickly from the Galaxy Note20 Ultra to other Android devices. UWB also has a higher bandwidth than Bluetooth and can be used in the future in conjunction with IoT devices for things like unlocking smart doors or cars.

The videos are in Korean, so you’d need to enlist the help of YouTube’s subtitles to understand the experts.