The latest news about the Samsung Galaxy Note20 shows a Black Galaxy Note20 captured in live images by Samsung leaker @JimmyIsPromo. The images come just a few days after Samsung accidentally posted renders of the Note20 on its own website.

The phone shot was a plain black model with a glossy finish. We are expecting other colors to come with a matte finish – akin to the one on some of the Samsung Galaxy S20 models.

Here, we also get a good look at the triple camera setup that we saw in the leaked renders. The third camera (from top to bottom) is a periscope zoom camera and we don’t see any “Space Zoom 100X” branding like the S20 Ultra had. 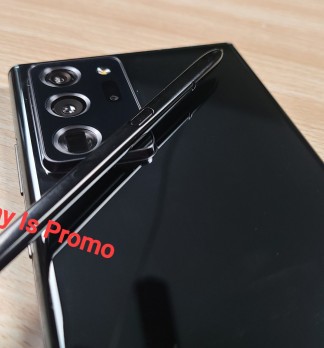 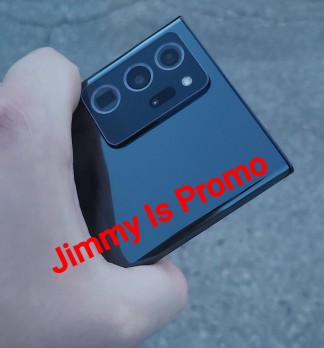 @JimmyIsPromo also mentions that the S Pen and downward-firing loudspeaker will be on the left side of the USB-C port, which aligns with decision of putting the volume and power keys back on the right side (the Note10 and Note10+ had the power and volume keys on the left side).

Note users, don’t get use to the S Pen location. It’ll move to the other side. So will the speaker. Both now Left of the Charge Port. #Note20 #GalaxyNote20Ultra

On a similar note, the Samsung Galaxy Note20+ was spotted going through the FCC. The model number SM-N986U has been referenced in three different reports that we covered (1,2,3).

The phone’s FCCID number is A3LSMN986U and with Samsung’s event reportedly taking place in August, this certification is arriving right on schedule.