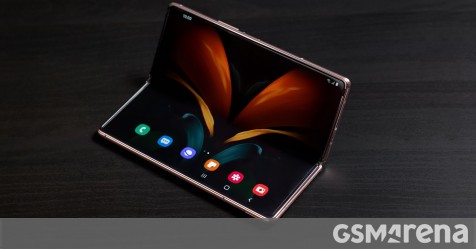 The Samsung Galaxy Z Fold2 is finally official and it’s better than its predecessor in every way.

Starting with the screen – the outside screen (which Samsung calls Cover screen) has grown from a bezel-ridden 4.6-inch to a 6.2-inch 2260x816px Super AMOLED that covers the entire front and sports a particularly tall 25:9 aspect.

The hinge is another improved area now in its third-generation design. Samsung calls it a Hideaway hinge and it employs a CAM mechanism that enables the Galaxy Z Fold2 to stand on its own from 75 to 115 degrees.

Like on the Galaxy Z Flip 5G, there’s a sweeper structure in the gap between the body and the hinge to keep dust and particles out and prevent damage with time. Samsung has also managed to make the gap even smaller than the Z Flip’s.

Samsung will let you customize the hinge color in select markets with the choice of Metallic Silver, Metallic Gold, Metallic Red, and Metallic Blue. 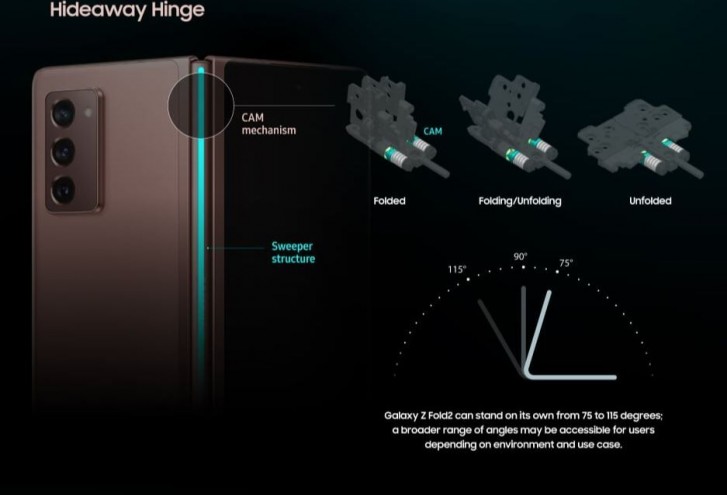 When using the Galaxy Z Fold2 in Flex mode you’ll be able to use certain apps in split view on the main screen. The camera, video call UI, the gallery, calendar, as well as partner apps like YouTube will be able to recognize the main display and show actionable content on the other portion of the screen. 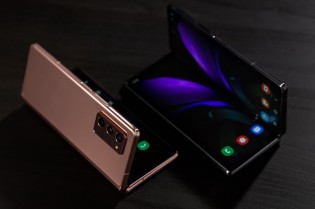 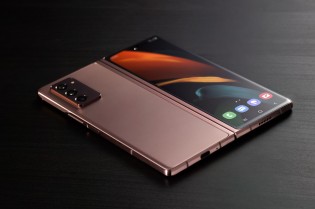 Samsung has equipped the Galaxy Z Fold2 with a triple camera on its one non-screen side. The main is a 12MP f/1.8 sensor with dual pixel autofocus, optical image stabilization and 1.8µm-sized pixels. There’s a 12MP telephoto camera that does 2x zoom with 1.0µm pixels and an f/2.4 lens that’s optically-stabilized. The final sensor is a 12MP f/2.2 ultrawide with 1.12µm pixels and a 12mm angle of view. 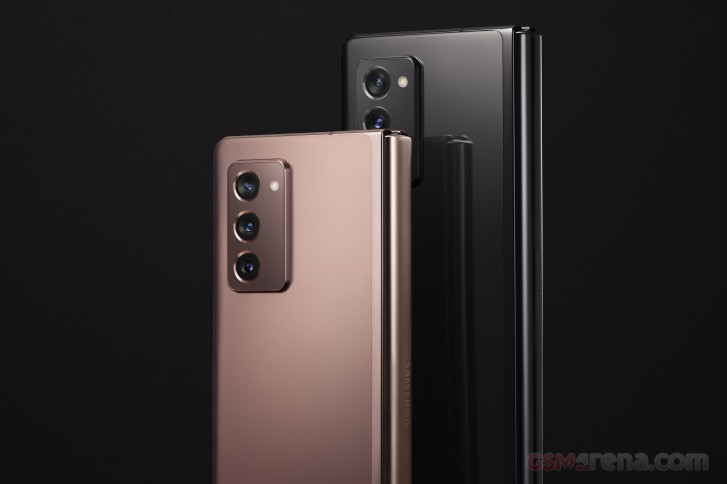 The battery has grown from the Galaxy Fold’s 4,235mAh to 4,500mAh ad it supports 25W wired charging as well as fast wireless charging and wireless PowerShare. 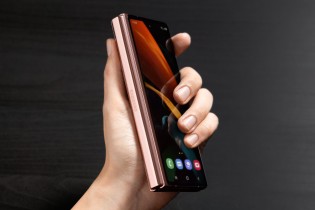 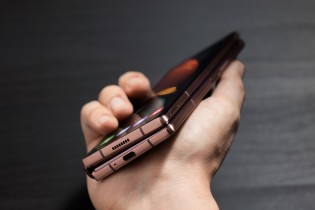 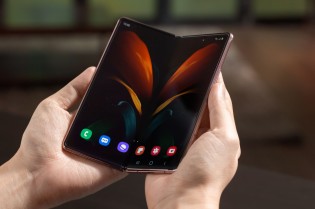 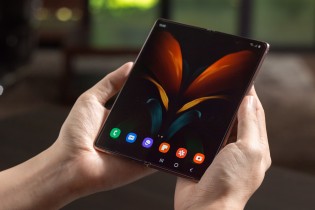 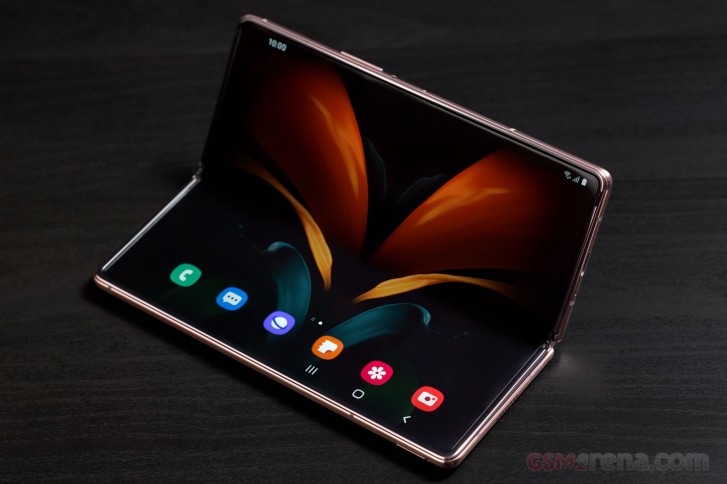 You will get a choice of Mystic Black and Mystic Bronze while in 21 markets, including Canada, Germany, the United Kingdm and the US, you will be able to customize the hinge in Metallic Silver, Metallic Gold, Metallic Red and Metallic Blue accents.

There’s a special Galaxy Z Fold2 Thom Browne Edition that’s also going on pre-order today and will ship on September 25. Pricing for that one is yet to be confirmed.