Some Galaxy Note20’s have vapor chamber cooling, others use graphite 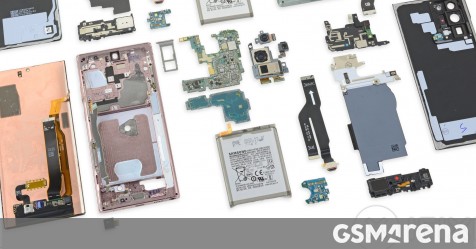 It seems Samsung equipped some of its Galaxy Note20 Ultra and Galaxy Note20 units with copper-enveloped vapor chamber cooling and others with layered graphite thermal pads.

This was discovered by iFixit during their teardown of the Galaxy Note20 duo. Both of their Snapdragon 865+ units come with graphite thermal pads (seen below) for heat dissipation, however they’ve found evidence in this teardown video of a Galaxy Note20 Ultra with a vapor chamber cooling solution. 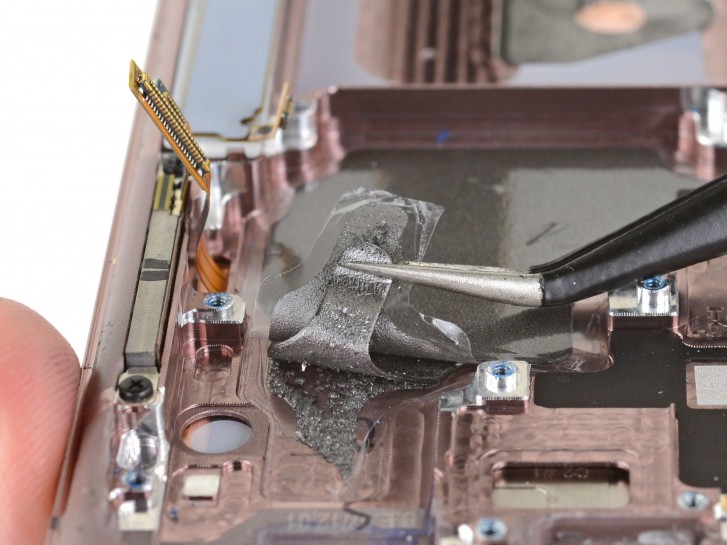 And it doesn’t appear to be an Exynos vs Snapdragon issue, as Zack Nelson from JerryRigEverything states his Exynos 990-powered Galaxy Note20 Ultra also has layered graphite instead of a vapor chamber. While unlikely, the difference in cooling solution could be down to a difference in 5G technology – mmWave versus sub-6GHz.

Many users and reviewers have characterized the Galaxy Note20 Ultra as hotter than expected in day to day use. In our review, we noted that it “heats up significantly with prolonged heavy load”. We can even go on to say that it verges on uncomfortably hot during heavier use, more so than the Galaxy S20 Ultra.

Hey, at least Samsung made the motherboards of the Galaxy Note20 series to look like AT-ATs from Star Wars – neat! 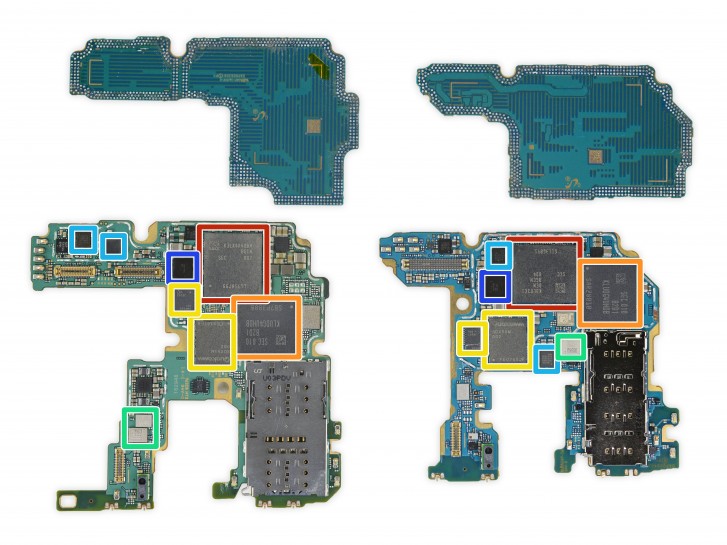