Sony scheduled a “new product announcement” for September 17 and the #SonyXperia hashtag leaves little doubt that there’s a new phone on the way. The company wouldn’t be making so much noise unless it was about to launch the Sony Xperia 5 II, right?

We saw the first renders of the phone yesterday, showing a triple cam with ZEISS T* lenses as well as a classic top and bottom bezel design on the front. There isn’t much info on the hardware, however. It should be very close to the Xperia 1 II, save for some changes (e.g. the 3D ToF sensor seems to have gone missing). 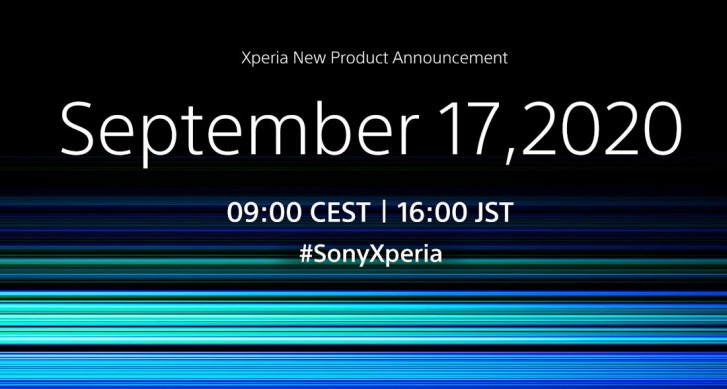 The screen size is the major unknown – Mark II Xperia 1 stuck with a 6.5” diagonal, same as the Mark I. If the 5-series model does the same, that means a 6.1” screen. Some early rumors claimed that it will be smaller, though it’s not clear how reliable those are. Either way, it will most likely be a 1080p panel, certainly not 4K.

We may see other models – global version of the newly-unveiled Xperia 8 Lite or the new 12 GB Xperia 1 II models perhaps (both of which are exclusive to Japan for now). Some rumors claimed that the Xperia Compact and Premium lines will be making a comeback.

Anyway, Sony will livestream the announcement on its YouTube channel starting at 7:00 AM UTC.