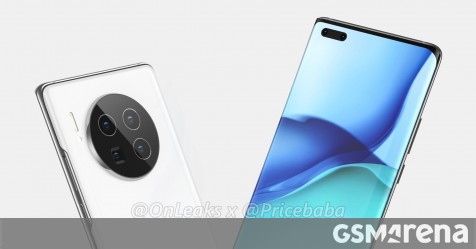 Huawei appeared all set to announce the Kirin 9000 chipset at its September 3 IFA keynote and to follow that with the full reveal of the Mate 40 flagships. Neither of these announcements came to pass and there was nothing concrete during HDC 2020 either. Now rumors are cropping up, saying that we may have to wait until 2021 to see the new flagship.

Evan Blass tweeted as much, though that seems to relate only to the global model – the Huawei Mate 40 phones are still expected to be available this year in China. Huawei has not unveiled concrete plans about when it will introduce the new flagships.

Last year the Mate 30 phones had their Chinese launch in late September, followed by a limited European launch in late November. Then they started gradually expanding to new countries with some launches coming as late as January of this year. It seems that the Mate 40 will follow a similar (but even slower) path to global availability.

Sounds like, if you’re waiting on the Huawei Mate40 series, you won’t be able to get your hands on one until next year…

The reason behind this is not clear. Huawei will be cut off from TSMC starting tomorrow and it will no longer be able to source OLED displays from Samsung and LG. The company claimed to have stocked up on enough chipsets (10 million units, reportedly) and is also using BOE displays, however those supplies may be enough only for the local Chinese market.

The reason may also be limited global demand – the Mate 40s are certainly not going to sell in the US and they may not get a particularly warm welcome in India. The situation in Europe is unclear – some countries blocked Huawei equipment from their carriers, but none seems to have issues with Huawei phones. Either way, the company is predicting 30{8c54160eed80eb00ac4f5d74c8785e95142d89daf570f201b81dc7fdc31059f3} lower sales for the new Mates.

The current expectations are that the Huawei Mate 40 series will be introduced to the Chinese market in mid-October, but Richard Yu did not comment when asked about this at the Huawei Developer Conference.