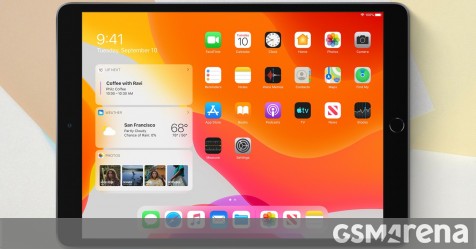 DigiTimes has reported that Apple is spinning up its supply chain to produce new ARM-powered MacBooks as well as new tablets. The company reportedly expects sales in both product categories to pick up this year compared to 2019.

The new iPad Air, with a 10.8” screen this time, is said to be adopting the iPhone SE strategy – matching an affordable price with a powerful chipset. Possibly the Apple A13, the chip at the heart of the $400 iPhone SE (2020), though there are some conflicting reports on this.

The current iPad Air (2019) with a folio-style keyboard

Much has been said about the new Air. It may be the first non-Pro to drop the Lightning port and adopt USB-C instead. Another Pro feature connected to the new model is the possibility of supporting the Magic Keyboard.

If you’re in the market for a new iPad mini, that’s coming next year, says Kuo. Interestingly, he also reports that the iPads will be bundled with 20 W chargers, unlike the iPhones which may soon come with no charger at all.

As for Apple’s laptops, 13” models of MacBook Pro and MacBook Air, both powered by Apple chipsets, are allegedly in development, set to release by the end of this year.