If you love puzzles, you may have a chance of winning one of ten Poco X3 NFC or one of a hundred wireless headphones. To participate, you’ll have to crack three puzzles and submit the answers to Xiaomi’s store on AliExpress – the best part is that these answers are actually numbers from the spec sheet, including the price. 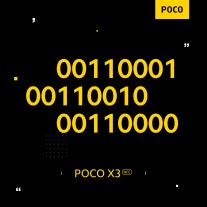 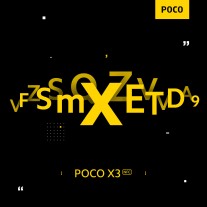 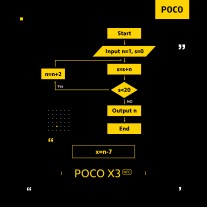 Can you solve the three puzzles?

Spoiler alert: if you want to give these a shot yourself, stop reading now and head over to this post on the Mi forums where you’ll find the puzzles and a couple of hints.

The Poco X3 NFC will have a 120Hz display. You can crack one of the puzzles to find that out or just look at this speedometer from the AliExpress page. Touch sampling rate will be 240Hz.

Another one of the puzzles reveals the price – $229 or so. That’s on par with the Poco X2 launch price, which was INR 16,000. Note that the X3 will launch globally, hence the price in dollars.

Also, the teaser page mentions an early bird price, so we may see some discounts. The new model will be unveiled on September 7 and go into its first flash sale the following day, September 8.

Xiaomi actually revealed a few more features about the phone, no puzzles this time. It will have a 64 MP main camera – you can even see a camera sample from it. Also, the 5,160 mAh can be fully charged in 65 minutes using the 33 W power brick. 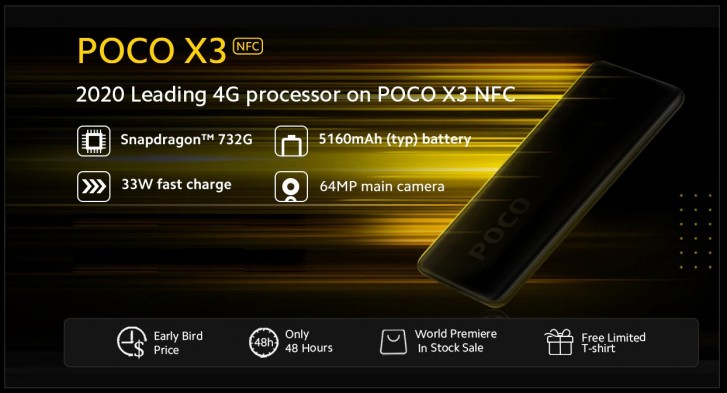 The Poco X3 NFC will be the first phone powered by the new Snapdragon 732G. Xiaomi is already boasting about higher benchmark scores and gaming capabilities of the GPU, which is 15{8c54160eed80eb00ac4f5d74c8785e95142d89daf570f201b81dc7fdc31059f3} faster than 730G’s GPU. For sustained performance, the phone will use an enhanced vapor chamber cooling dubbed LiquidCool 1.0 Plus.

One final spoiler alert: if you want to see the phone and most of its specs, you can check out this post from yesterday – a hands-on video was published early, which gave away the plot. If you prefer to wait for official teasers, the next feature will be revealed tomorrow.