The unofficial date for the next Samsung Unpacked event is August 5 – it will be a busy event that will see the new Galaxy Note20 phones share the spotlight with two foldables (Galaxy Fold 2 and Z Flip 5G).

The latest info coming from Korea’s ETNews (again, unofficial) is that the Galaxy Note20 and Note20+ will become available on August 21. That’s the second to last Friday of the month, same as last year when the Note10 duo was unveiled on August 7 and spent a couple of weeks on pre-order. 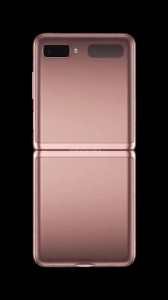 This is the availability date for the South Korean market, but chances are that Samsung will launch the new flagship in all key markets on that day. It’s not clear if the two foldables will follow the same launch schedule or if they will come at a later date (e.g. some rumors claim the Galaxy Fold 2 launch will be pushed back to September).

South Korea will only receive the 5G versions of these Galaxy phones (that was the case with the Note10 duo last year as well). Samsung will be creating LTE versions for the markets that still don’t have active 5G networks too.

The ETNews report also mentions that Apple’s iPhone 12 models (all with 5G) will be released in Korea in October. That month will also see the introduction of the weird LG Wing with a rotating secondary screen. At the same time Samsung may introduce a more affordable Galaxy S20 Lite

business card printing near me