In a poll we conducted a little over two years ago most people stated that they upgrade their phone every two years. Well, did you? Especially now that 5G connectivity, periscope cameras, high refresh rate screens and blazing fast charging have become commonplace.

The adoption of these new cutting edge technologies has a downside – premium phones rarely go under $1,000. That said, the quality of mid-range phones has gone up significantly with many now offering near-flagship specs.

They do have 90Hz or even 120Hz screens (some of them OLED), fast charging and so on. Even 5G modems and periscope cams – why would you want a flagship, then? It’s not like they get more major OS upgrades. Well, some of them do, but for many Androids older than 2 years a security patch is the best they can hope for.

Still, 5G coverage will only expand, developers will release more games that support more than 60 fps, faster charging never gets old and so on. These new developments future-proof the phone, even if they may seem not so useful right now. 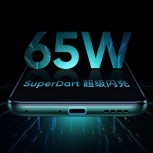 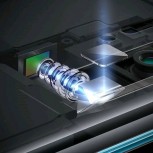 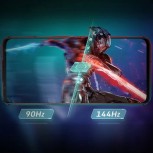 Various new technologies trying to tempt you to upgrade sooner

iPhones are much better in terms of upgrades, the iPhone 6s is turning five years old in September and it will get the latest iOS. However, they have their own downsides – the first 5G phones and first 120Hz screens will only arrive this year. But we still probably won’t see high zoom cameras or sensors above 12 MP. Plus, you can forget about fast charging that’s above the bare minimum to deserve that name.

The way we see it, there are two reasons to buy a new phone (not counting losing or breaking your current one). First, your old handset is showing its age in terms of hardware, software or both. Second, technological progress enabled features that weren’t possible when you bought your phone and now it’s something you want.