The Poco X3 NFC, the second mid-range phone in the family, is here and it brings incremental improvements over the X2. The Snapdragon 732G chipsetmakes its debut with the X3, and while nothing really stands out in the spec sheet, that is not exactly a criticism – this phone launched at just €200.

This was an early bird special that ended on Friday, but the regular price of €230 (for the 6/64 GB model, €270 for 6/128 GB) is pleasantly low as well. That’s about on par with X2’s price when it launched, so let’s see what has changed between then and now.

The screen is as before, 6.67” LCD with 120Hz refresh rate and HDR10, plus Gorilla Glass 5. The camera has a more attractive design, but is otherwise the same combo of a large 64MP main sensor, ultrawide (13MP, up from 8MP) then two more modules that add little value. 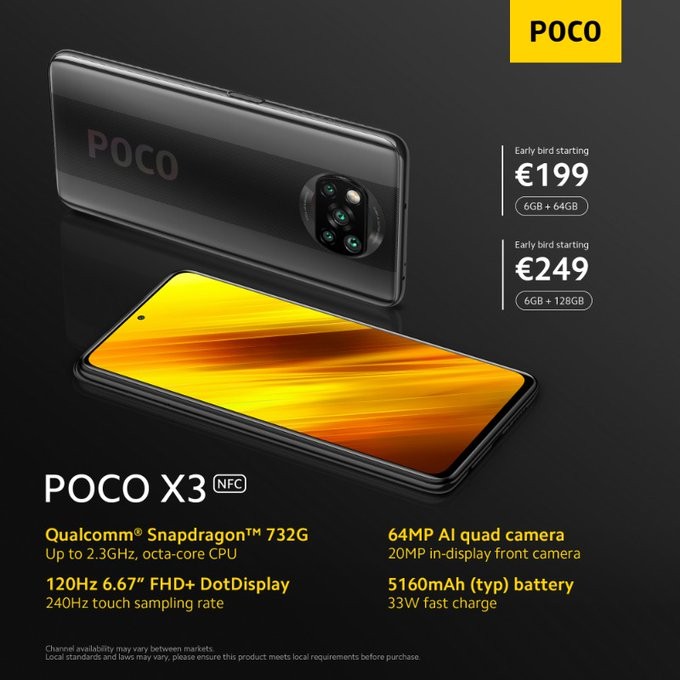 The battery shows similar improvements too – the capacity grew to 5,160 mAh (up from 4,500 mAh) but the time it takes to achieve a full charge remained the same, an hour and a few minutes.

There are a few more tidbits – the Poco X3 NFC unsurprisingly does have NFC, a feature so important that Xiaomi put it in the name of the phone. And the phone now has stereo speakers. Plus, the dual punch hole cam was replaced by a more discreet single punch hole in the center.

Ultimately, this is a great value for money phone and it already found success as sales hit 10,000 in 30 minutes. Did you buy one or plan to do so soon? Or is this phone not worth your money?