WhatsApp is adding some new features to its simple yet incredibly popular apps. One of these is animated stickers. While hugely popular on several other messaging platforms like Telegram, iMessage, and WeChat, WhatsApp has only had very basic sticker support. WhatsApp will soon be rolling out its own animated sticker packs, which will be available from within the app. 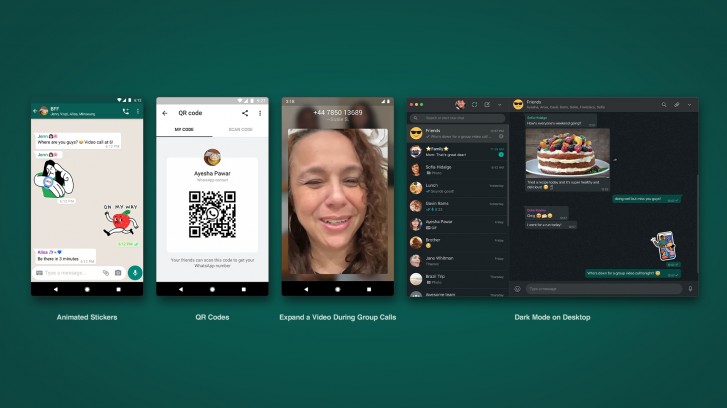 Another new feature is QR codes for profiles. Each account now has its own QR code, which makes it easy to scan someone’s code to add them as a contact instead of manually entering their number. Again, this feature has been around for a while, including on other Facebook services, but WhatsApp only just got around to adding it.

Group video calls have also been improved. Now when you are in a group video you can just tap on the video of a participant to maximize their video. And if your group chat has 8 or fewer participants, you can start a group chat with just one click since 8 is the maximum participants WhatsApp supports in one group call.

The web version of WhatsApp is also gaining support for dark mode to match the app. And finally, those on KaiOS devices can now also access the Status feature, which is WhatsApp’s version of stories.

Dark mode for desktop, group video call improvements, and status in KaiOS are now rolling out while animates stickers and QR codes for profiles will be coming in a few weeks.