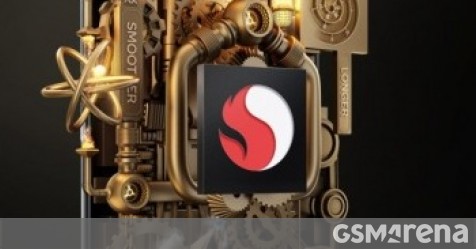 Xiaomi is expected to bring a plus version of its Mi 10 Pro soon which should be running an overclocked Snapdragon 865 chipset (and not the 865+). We already saw the alleged device in an AnTuTu listing where it managed a combined score of 687,422 – the highest we’ve seen out of any smartphone. Now, reputable leakster Ice Universe revealed another detail about the upcoming device – it will feature a customizable GPU.

Super Leak：Xiaomi Mi10 Pro+ has a unique feature: Game Turbo, a mode developed by Xiaomi and Qualcomm’s GPU team, which is unprecedented. You can use it to adjust GPU parameters and modes, including GPU frequency adjustment and so on. pic.twitter.com/Tu609T7Dy9

According to the tweet, Xiaomi worked together with Qualcomm to optimize the Mi 10 Pro+ with a graphics control panel found inside the Game Turbo app. From there, you will be able to tweak the GPU performance to your liking with specific profiles, settings and even full-on manual GPU frequency adjustments. The screenshots also reveal anti-aliasing, texture and anisotropic filters.

The Mi 10 Pro+ is rumored to come with a 120Hz refresh rate screen, a 108MP primary camera alongside a 4,500 mAh battery and 120W charging. According to speculations the phone will be powered by an overclocked Snapdragon 865, touted to surpass even the Snapdragon 865+ in terms of CPU clock speeds.