A cache of images and info on the Xiaomi Mi 10T has leaked from a couple of sources. They all paint a picture of a supercharged flagship that will be available globally (unlike the Mi 10 Ultra). There are at least two models, Mi 10T and Mi 10T Pro, and there could be more.

Hands on photos with the Xiaomi Mi 10T Pro show a massive lens for the 108 MP sensor. The layout is similar to the vivo X50 Pro, so this might feature an advanced stabilization system of some sort. 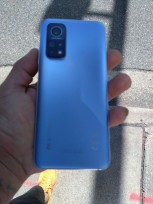 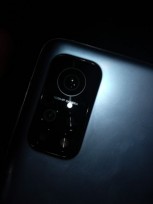 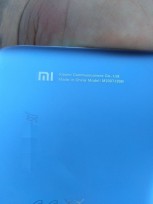 A config file shows that the Mi 10T Pro (code name Apollo Pro) will have a 108 MP triple camera on both the global and the Indian versions. The base Mi 10T will have a 64 MP triple cam instead.

And they are triple cameras indeed, even though it looks like there’s a fourth module. Here’s a rendering that gives a much clearer view of the back.

We don’t get to see the front in these images, which is a shame as reports indicate that the display will boast a 144 Hz refresh rate. It will be an LCD, so the fingerprint reader will be mounted on the side (you can see it in the render above).

These two phones will be powered by Snapdragon 865 chipsets with the Pro model likely getting the S865+. A Geekbench score sheet shows that the vanilla Xiaomi Mi 10T will have 8 GB of RAM.

The battery will have 5,000 mAh capacity and most likely fast charging, but there’s no info on that yet. Finally, there should be a single punch hole camera on the front.

Gauguin and Gauguin Pro: both with 64 MP triple cams globally (and 108 MP in China)

PS. there’s a second config file, which shows yet another device, code name Gauguin. It will have a Pro version as well, both launching globally and in India. They will have 64 MP triple cams everywhere but China, where they will be packing an 108 MP sensor instead.