Under-screen selfie cameras are expected to make their way to devices in the coming months. We’ve already seen a prototype from Oppo but it seems ZTE will be the first brand to release a device with such a solution to the market. 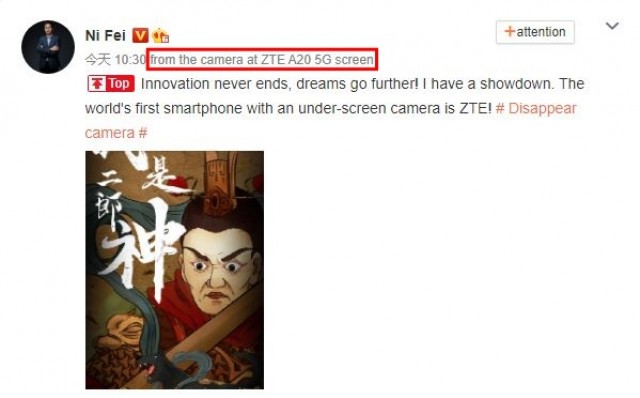 A new post from the brand’s President – Ni Fei revealed the company is ready to announce its first under-screen camera phone soon. The teaser did not provide any images of the device nor gave us a specific launch date but we did get its name as the post was submitted via the ZTE A20 5G. Specializations point that ZTE will use a Visionox display, as the maker is already mass producing panels with an under-display camera.

Still, there are notable hurdles when it comes to placing the selfie cam under the phone’s display. The main problems are subpar image quality as well as brightness and color difference in the area where the camera is positioned. Visionox claims to have solved these problems with a mix of new display hardware and software algorithms for improved viewing angles and less glare but we’ll have to wait and see if that is the case.

In addition, a listing on the State Radio Regulation of China (SRRC) for the alleged ZTE A20 5G was spotted, revealing its band support and ZTE A2121 model number. 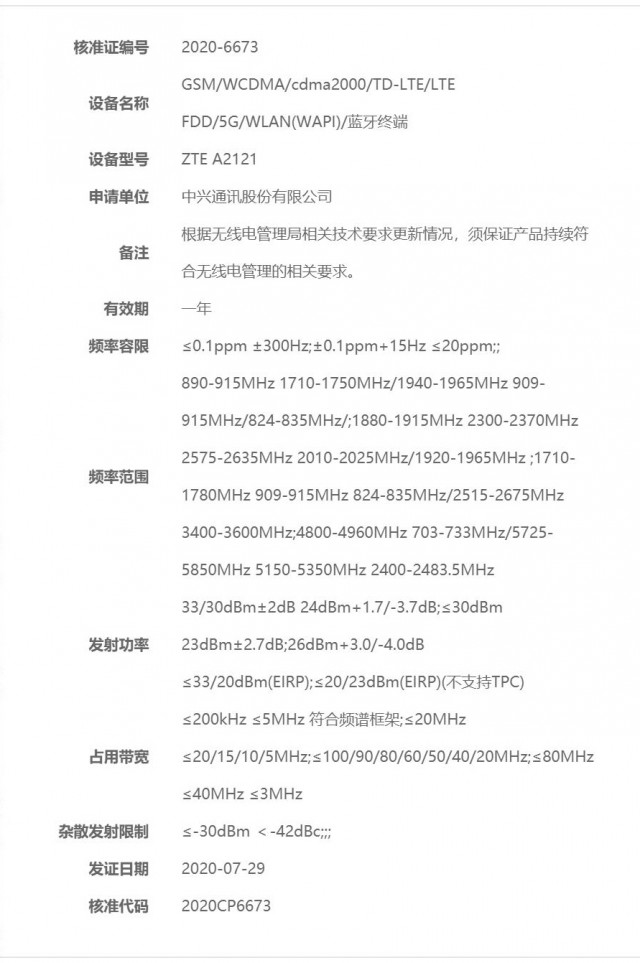 ZTE A20 5G certification on SRRC