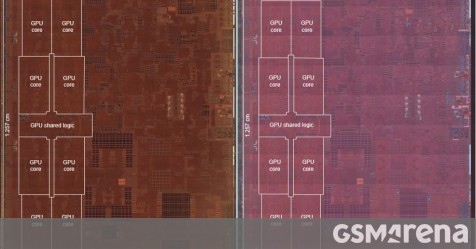 Apple recently introduced its A12Z Bionic chipset on the 2020 iPad Pro models. The similar naming to the A12X Bionic found on the 2018 models and the rather modest improvement in performance made people wonder if these two chips are largely similar.

Turns out, they are basically identical. According to a die shot by the silicone analysis firm TechInsights, the A12Z and A12X have the same die structure when seen up close, including the eight GPU core clusters and their positioning on either chipsets.

Our analysis confirms #Apple #A12Z GPU chip found inside #iPadPro (model A2068) is the same as A12X predecessor. A report of our findings is underway & will be available as part of TechInsights’ #Logic Subscription. Learn more here https://t.co/WWQqlPorNF pic.twitter.com/RsQEADpZsc

The difference then comes from how the two chips are binned. The A12X shipped with seven out of the eight GPU clusters enabled while the better binned A12Z has all eight clusters enabled.

Usually, manufacturers disable cores on silicone to increase yields. Very few dies will have all cores operational but to avoid wastage, manufacturers will then use these wafers in cheaper models with fewer advertised core count.

In case of the A12X, one of the GPU clusters was likely disabled to increase the yield. However, two years later, Apple must be getting much better yields now from the TSMC 7nm process so they are now able to get chips with all eight cores fully operational. Obviously, this doesn’t merit a completely different product name, which is why the “new” chip is simply called A12Z and you now have one extra GPU core at your disposal.

It’s possible some of the A12X chips on 2018 iPad Pros may also have a functional eight core but since it has been disabled in software you won’t really be able to use it. Not to mention there’s no way to know which one would have a functional core and which won’t.