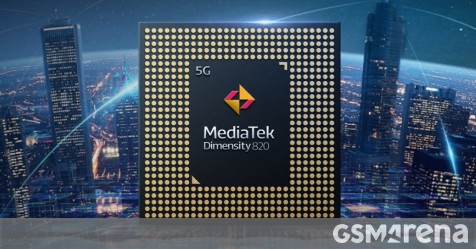 MediaTek unveiled the Dimensity 820 chipset, a more powerful version of the Dimensity 800. Compared to the old chip, the new version increases CPU and GPU performance and improves the 5G connectivity.

This is still a 7nm chip with four Cortex-A76 and four A55 cores. The difference is that the big A76 cores run at a higher clock speed, 2.6GHz. Up to 16GB of LPDDR4x RAM can be connected.

The Mali-G57 GPU gained an additional core, now up to 5. This should bring games closer to the 120Hz refresh rate that is supported by the chip (when paired with the right display panel, of course). It’s not quite a gaming phone chipset like the Dimensity 1000+, but will be a solid choice for mid-rangers. Anyway, the resolution is still capped at 1080p+.

The modem was upgraded to connect two SIM cards to a 5G network (complete with VoNR support). Heres a table to summarize the differences between the two mid-range 5G chipsets.


How does this compare to Qualcomms offerings? Well be doing our own tests once the first phones with this chip launch, but for now we have official numbers from MediaTek to look at. They compare the 820 against the older Snapdragon 765G rather than the 768G, which boasts clock speed increases of its own. 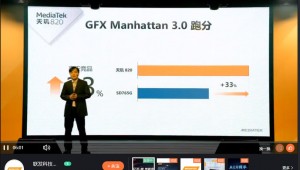 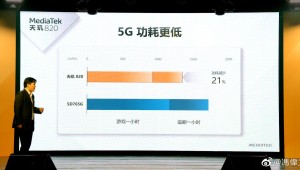 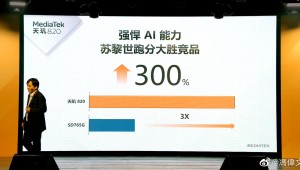 Xiaomi is seemingly first in line to use the new MediaTek Dimensity 820, whether its the Redmi K30i or the Redmi Note 10 (which we saw running Geekbench).

Source | Via (in Chinese)