There’ve been several Motorola Edge+ leaks in the past few weeks but today we get the first info on the Motorola Edge. Good it’s quite extensive and quickly catches up with its more premium sibling.

The Motorola Edge will be the midrange counterpart to the flagship Motorola Edge+, which means that it will likely share the same chassis, but come with demoted specs.

The Motorola Edge likely takes its name from its waterfall screen. Mind you, this is not the most extreme kind of waterfall screen and there are physical volume and power buttons on the side, instead of touch-sensitive ones.

The Motorola Edge’s sides also have a headphone jack and a microSD card slot.

The leak continues to say the Motorola Edge will have a 64MP main camera as well as 16MP ultrawide and 8MP telephoto units.

On the front there’s a 25MP selfie camera placed in a cutout inside the screen. 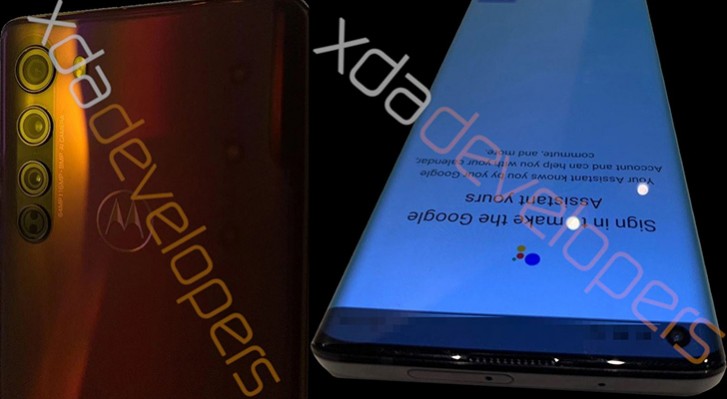 The Motorola Edge will use a Snapdragon 765 chipset with 6GB of RAM. It’s unclear whether the phone will have a 5G version or not. It will have a 4,500mAh battery without wireless charging.

In contrast the Motorola Edge+ will have a Snapdragon 865 with up to 12GB of RAM, a 5,170mAh battery, possibly a 108MP main camera and will support Verizon’s 5G network.