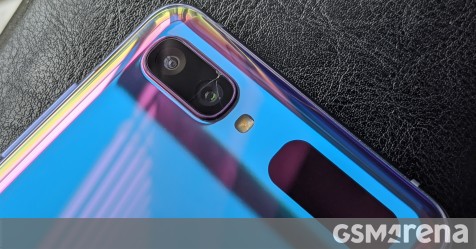 This is a story of why you should immediately throw the Samsung Galaxy Z Flip (or most new phone, for that matter) into a case as soon as you receive it. Take it from my experience – all it takes is one grain of dirt to be in the wrong place at the wrong time to cause a huge inconvenience. My issue was with the Galaxy Z Flip, and no – it wasn’t even the folding display.

I was in the process of reviewing the Samsung Galaxy Z Flip that I purchased as Samsung was not giving review units of the Z Flip. I headed to the restroom and set the Z Flip down on the sink top. My (expensive) mistake was setting the phone down in the closed position and with the camera side down. As soon as it set down, I heard a crack and my heart sank. 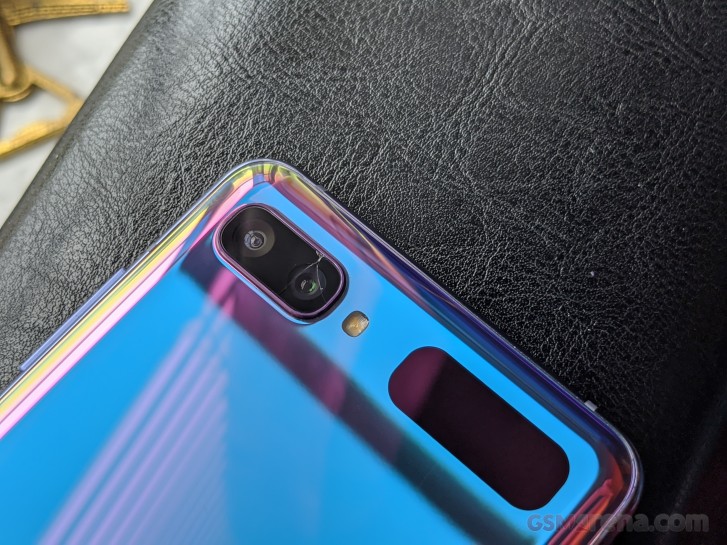 I lifted the Z Flip up off the counter and froze as I realized that the camera glass was fractured. Flustered and unsure of what to do, I called Samsung support. The accident happened just 7 days after I picked up the phone at Best Buy.

I went onto Samsungs online support chat who suggested I call another division of Samsung support. The phone number I was given was for the Galaxy Premiere customer care line  its the dedicated customer care for owners of the Galaxy Fold and now the Galaxy Z Flip.

I spoke to a very nice lady, let’s call her Marcia. She was very friendly and eager to help. I explained the situation and asked her what my options were. She suggested that I mail the device in and have a Samsung lab look at it before she could tell me whether it was a warranty issue or customer damage.

Granted, I didn’t have the time to be sending a device I was still reviewing through the mail, so I told Marcia that I couldn’t wait that long and I’d reach back another time. She felt my frustration and suggested I could bring it into an authorized service center in my area, and that’s when I learned that uBreakiFix has a partnership with Samsung (as well as Google to service Pixel devices) to provide same-day repairs. 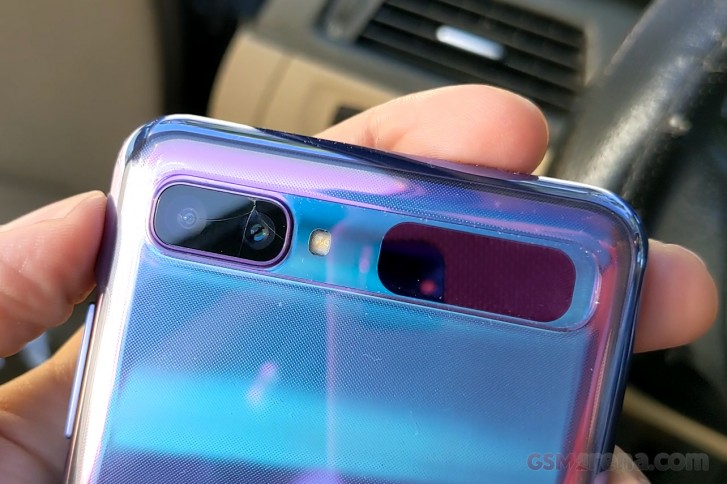 She assured me that they’d be able to look at the crack in the cameras and tell me my options. Marcia then took my information, the devices IMEI and model number, and set up an appointment on my behalf at the repair shop for that Saturday. I felt good about the situation that is until the night before my appointment.

Friday arrived and when I opened the email confirmation for the service appointment and realized I was set up for service on a Galaxy Fold – after giving Marcia the full model number, IMEI, and I definitely mentioned to her that it was a “Galaxy Z Flip”. I had to call the repair shop to find out of theyd be able to help me at all. I ended up calling the store and spoke to a technician who confirmed to me that they didnt have any parts yet for the Z Flip, so I missed that appointment and called Samsung back once the weekend was over.

Monday rolled around, and I called Samsung back. I spoke to another representative, his name was Billy. He was just as friendly as Marcia, but Marcia got information wrong in the initial service ticket. Billy it up and as I voiced my concern about the phone getting damaged so early on and so easily, he assured me that Samsung’s warranty does not cover any kind of accidental damage to anything. He did offer to find out exactly which uBreakiFix locations would have the parts but it sounded like there was no way, so he called me back a few minutes later and connected me with store. It was a 35-minute drive, so I went the next day, Tuesday. 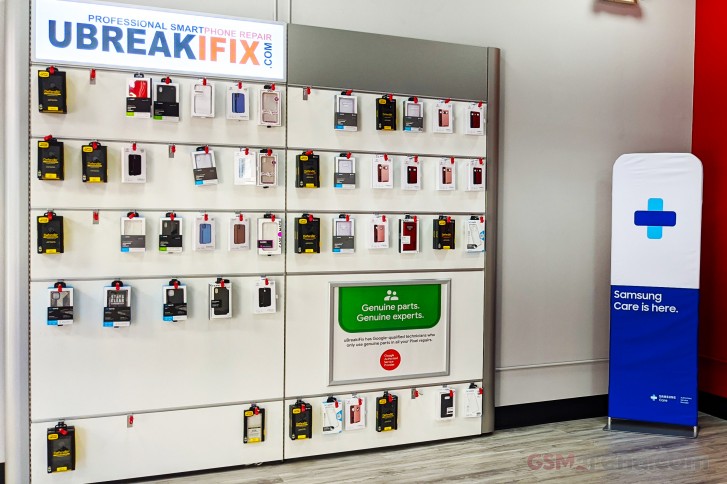 I spoke to the guys at the Kendall location and told them what happened. They’d already known I was coming so they had the parts ready. To my luck, the regional manager of several Florida locations was at this store. Chris and his team were friendly and eager to help me with my repair.

It turned out that in order to replace the glass behind the camera, the entire upper glass panel needed to be replaced as an entire assembly, which included the LED flash, and the tiny cover display panel. The repair came out to $109.99 before sales tax, which seems reasonable. I dropped the phone off and the phone was ready to pick up in a little over two and a half hours. 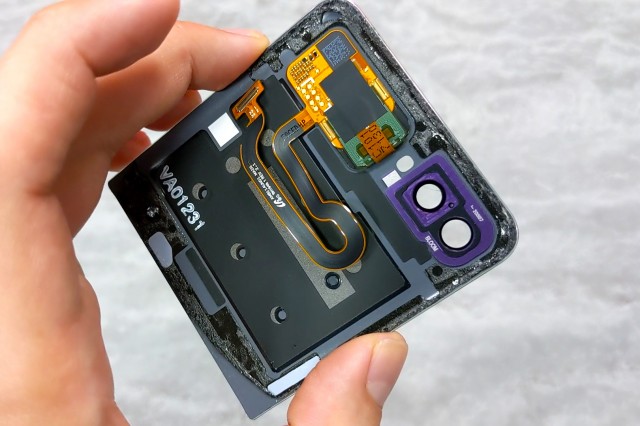 Backside of the old panel assembly. Can you spot the “Bloom”? 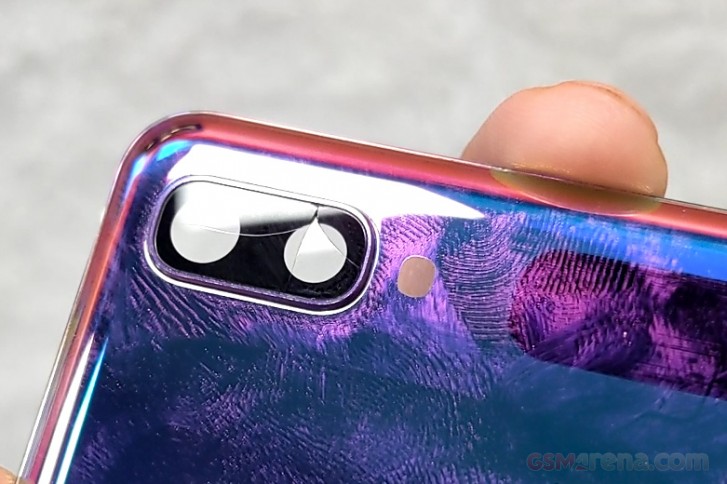 A closer look at the damaged glass after removal 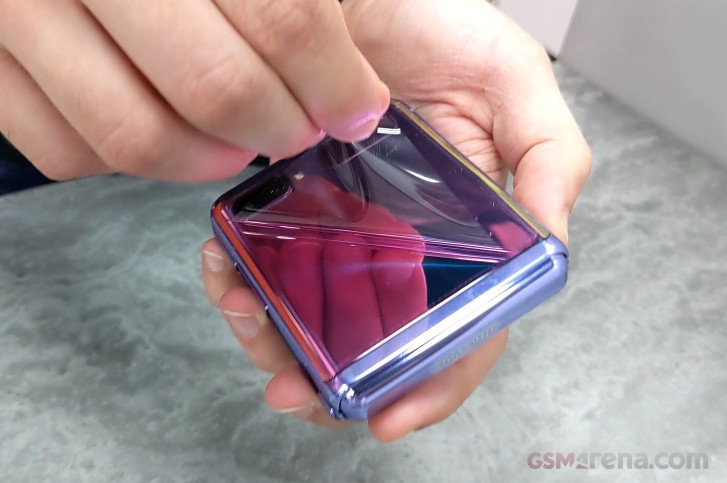 Removing the protective film after replacement

The next day, as I continued my evaluation of the Z Flip, I noticed something off about the phone. Both the main and ultrawide cameras had a smeary effect, almost as if someone had rubbed lotion on a lens  though the ultrawide significantly worse. Upon inspecting the cameras, I realize there are traces of fingerprint prints under the camera, which means that someone must have smudged the camera before sealing the glass back up.

I gave Chris another call and explained what happened. He insisted that I bring the phone back down to open it up to take a closer look. He also said that if there was any damage to the cameras, they had the parts and were prepared to replace the sensor if necessary.

Following the repair of a device, uBreakiFix offers a 90-day warranty of the repair. If a sensor, speaker, camera, or something related to the area of the repair stops working, they’d fix it for free. So, I took the phone back to the store.

I explained to Chris what was going on and I showed him how the camera feed looks smudged, specifically on the ultrawide camera. Under the glass, there was also a foreign smudge that was visible.

He took it into the back and came back out in about 15 minutes. He showed me the phone with no back cover and suggested that I check the cameras to make sure it was clean. He’d been inspecting it under a microscope to ensure there was nothing in the cameras. 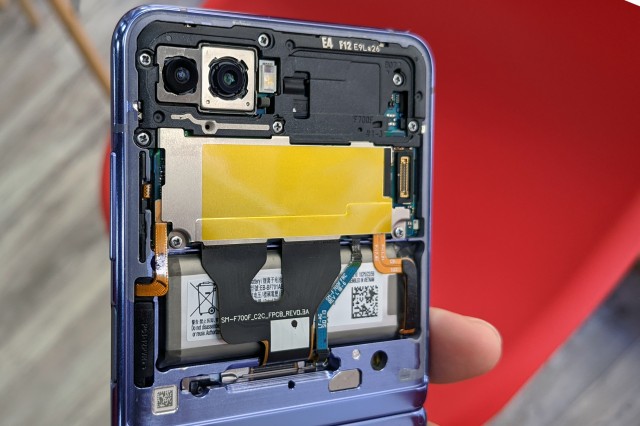 He sealed it back up and I was on my way, happy that the ordeal was finally over. At least, that’s what I thought as I walked to my car.

The next day I plugged the phone into my PC to offload some camera samples I’d taken that day. To my surprise, my computer wasn’t recognizing the Z Flip. I tired another USB port and nothing, I tried another USB cable – nothing. Then I tried to charge it with my USB-C charger – nothing. I then took the factory charger out of the box and plugged it in. No dice.

The symptom I was getting was strange. The phone would recognize that a charger was being plugged in, made the “boop” sound and everything, including the charging animation, but the charging symbol on the battery icon was not present. I used a meter to test a USB current and confirmed my suspicion that there was no current going to the phone and the phone wasn’t being recognized by my computer. 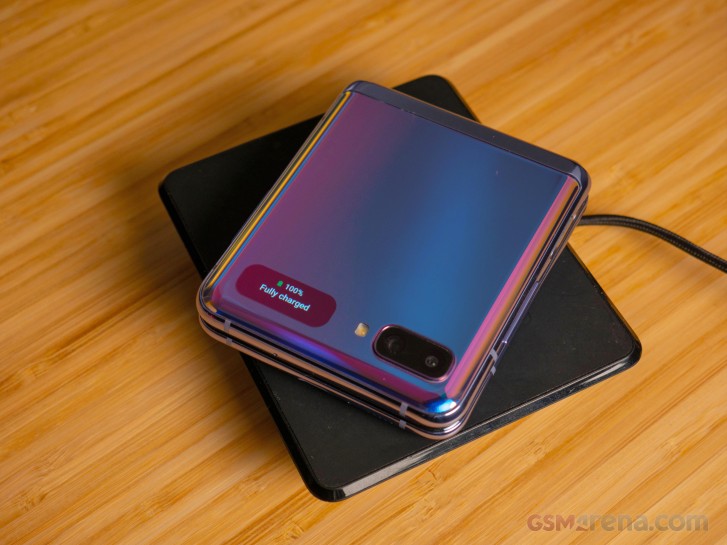 Up until now, I’d been dropping the Z Flip on a wireless charger, so I didnt know exactly when the USB-C port stopped working. I called Chris again and explained what was happening. He said it was strange that this was happening but that they would have to open it up to see whats going on  he initially thought it may be related to some charger port issues theyd been seeing in the store with some Galaxy Note10+. He apologized for the inconvenience and asked to bring it in.

I dropped the phone off and received a call from Chris later in the day. It had turned out that the machine used to open the phone, which is proprietary equipment from Samsung that automates the process, was inadvertently tugging on a connector that bridges the lower daughter board to the main board and passes through the hinged portion of the Z Flip. They sealed it back up for the third time and that was the end of the ordeal

Though there was all the necessary equipment to tackle the job, there are still these kinds of details that need to be ironed out. It’s fascinating that companies have the infrastructure to provide after-sales support for customers on their smartphones. It is inconvenient for other parts of the US where its a long way to a UBreakiFix location, since they aren’t very abundant throughout the United States. 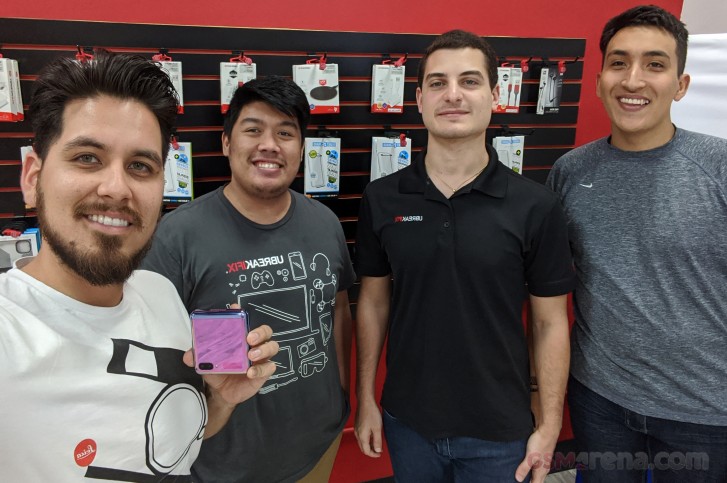 From left to right: Ricky, Christian, Chris, and William

Though I did have to go to the store three times. I didn’t mind. This was a learning process both for me and for the repair shop. Since this phone is so drastically different, there will be a learning curve for not only customers, but for repair service providers. The phone was barely a week old when I brought it in, and it was the first Z Flip that the shop ever had come to the store.

The biggest lesson to learn from all this is that smartphones are delicate, especially new folding phones like the Galaxy Z Flip. Always protect your investment with a carrying case, or at the very least, you should get the extended protection plan. That’s the last time I try to a fresh-out-of-the-box device with no sort of protection.