The Pixel 5 may have to settle for a Snapdragon 765, new evidence suggests 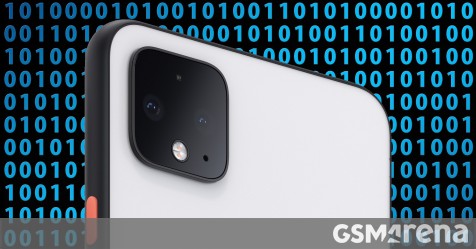 Googles Pixel phones never had the fastest chipset and that was by choice. The original phones used a Snapdragon 821 down-clocked to 820 speeds. The Pixel 2 and 3 also used underclocked chipsets, Snapdragon 835 and 845, respectively. The Pixel 4 was the first model to run its chipset at stock speeds.

Theres mounting evidence that the upcoming Pixel 5 wont even bother with an 800-series chip and use the Snapdragon 765 instead. To be clear, it could be any of the 765, 765G and 768G since they are all just different bins of what is essentially the same hardware (differing mainly in the CPU and GPU clocks).

The latest evidence comes from XDA Senior Member cstart27 who dug out the information out of a leaked Google Camera 7.4 APK. The info confirms that the sunfish model  the Pixel 4a  will use a Snapdragon 730 while redfin and bramble (presumably Pixel 5 and 5 XL) will use one of the 765 variations.

The Pixel 4a is reportedly aiming for a $350 price for the 128GB version (and possibly $300 for the 64GB one), which compares favorably against the $400 iPhone SE with 64GB storage. The S730 chip has very nearly the same CPU and GPU (though obviously at lower clock speeds) and an older modem compared to the Snapdragon 765. Early benchmarks show solid performance, comparable to the Galaxy Note10 Lite. Not bad at $350.

However, the Pixel 5 is expected to cost twice as much, $700. Which may be $100 less than the Pixel 4 launch price, but that phone sold so poorly that two high-ranking members of the Pixel team departed the company. So, even if the 5 uses the latest Snapdragon 768G (which we doubt, given Googles history with chipsets), it will be a tough sell.