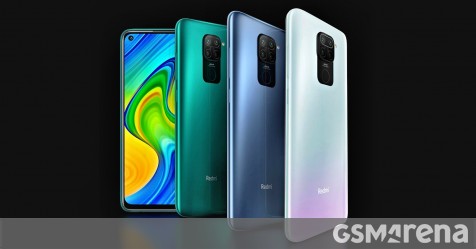 After a few sporadic appearances in the rumor mill, the Redmi 10X moniker seemed to have slipped into obscurity once again over the past week or so. Unfortunately, it has no re-emerged in a Google Play Console listing, along with some specs details. The unfortunate part being that the company is, apparently, going to go through with the confusing generation-skipping naming for what is a mostly a re-branded Redmi Note 9 for the Chinese market.

The source doesnt really offer much in the way of specs, but does specifically list a MediaTek Helio G70 chipset for the Redmi 10X. A downgrade compared to the new, beefed-up Helio G85, inside the Redmi Note 9. We also see the screen resolution of the Redmi 10X matches-up perfectly with the one on the Redmi Note 9, at 1080 x 2340 pixels. And finally, there is also mention of 4GB of RAM, which coincides with the top amount available in the high 128GB tier of the Redmi Note 9. Though, this doesnt exclude the possibility of other Redmi 10X memory variants to exist, as well.

Beyond these numbers, we can only make an educated guess, that the Google Play Console listing refers to the same M2003J15SI device, as spotted in a recent BIS certification in India, TENAA listing and entry in the China Telecom database. All of these seem to link to one another, as well as the Redmi Note 9 and the Redmi 10X moniker. Hence, we can probably expect most aspects of the new Redmi 10X, besides the already mentioned chipset swap, to be borrowed from the Redmi Note 9. Though, given the downgrade precedent, we do have to wonder whether the 48MP, plus 8MP and pair of 2MP main camera array of the Redmi Note 9 will stay unchanged. Same goes for other traditional, go-to cost savings targets, like the 5,020 mAh battery or its 18W fast charging capabilities.