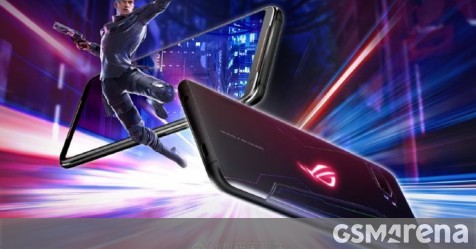 Information about the Asus ROG Phone III so far has been limited, but with the launch approaching we are bound to get more details. Today a reliable leakster delivered a bunch of images and some key specs.

According to the rumor, Asus’ next flagship gaming phone will sport a 6.59-inch FHD+ OLED panel with 144Hz refresh rate powered by a Snapdragon 865 chipset, whopping 16GB of RAM and a massive 6,000 mAh battery capable of 30W fast charging.

And as per tradition, the phone will employ a binned Snapdragon 865 chipset with higher clocks. We suspect that the main Kryo 585 core is the one that’s going to be clocked at 3.09 GHz as opposed to the 2.84 GHz clock on the standard version of the CPU. 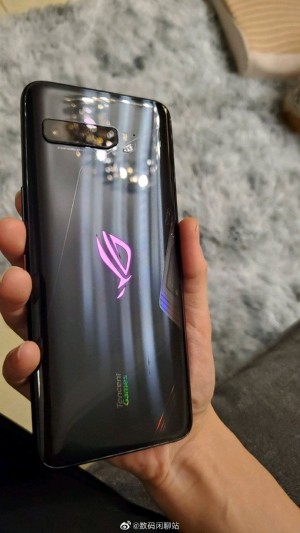 Live images of the phone

As for the images, there’s one official render and a hands-on shot of the back. The front lacks any cutouts or holes and has symmetrical bezels on the top and bottom while the back is fairly similar to the previous ROG Phone II with the patterned glass back, LED ROG logo in the middle and the horizontal camera alignment.

The camera module, however, is now a different shape and it looks like it sticks out a bit more than before. It’s also long enough to accommodate three cameras instead of two leading us to believe that it will have a telephoto camera in addition to the normal and ultrawide ones this time around.

It’s going to be a hefty device, though, as the leakster cites 9.85 mm thickness and 240g weight. When you consider the advanced cooling and huge battery it’s actually a very good achievement though.