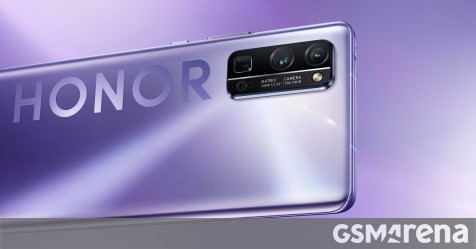 Honor’s new flagship trio debuted today with the vanilla 30 and 30 Pro being joined by the de facto new company flagship – Honor 30 Pro+. The phone has a 50 MP camera, supported by a big 1/1.28 IMX700 sensor by Sony.

Other specs that make the phone stand out from its siblings is the 90Hz 6.57 AMOLED panel with 180Hz touch sampling rate, UD fingerprint scanner and curved sides – a first in the Honor lineup.

In addition to the monstrous main sensor, the Honor 30 Pro+ packs an 8MP periscope telephoto shooter with 5x optical zoom and up to 50x hybrid zoom.

There is also a 16MP ultrawide cam with a 17mm equivalent lens that doubles as a macro camera, similar to the solution, implemented in the Honor V30 Pro.

The camera of the Pro+ also supports AI RAW photos – during a long exposure, it captures multiple RAW shots and then blends them into one RAW image for further editing.

Video shooting is another area where the Honor 30 Pro+ trumps its siblings as it it can capture 4K videos at 60 fps. 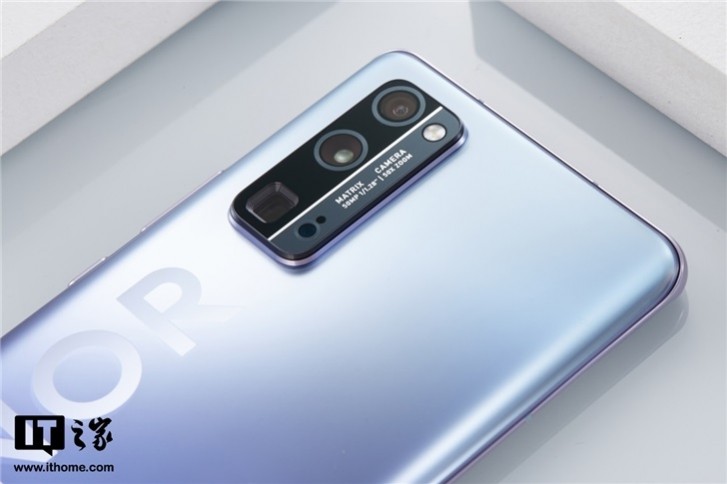 In the punch hole on the front we get a 32MP main selfie camera and an 8MP ultrawide unit.

The Honor 30 Pro+ comes with a 4,000mAh battery with support for 40W wired and 27W wireless charging.

The back comes with a new design where the name of the company is embossed in big letters and the letters are with a different texture, similar to frosted glass. 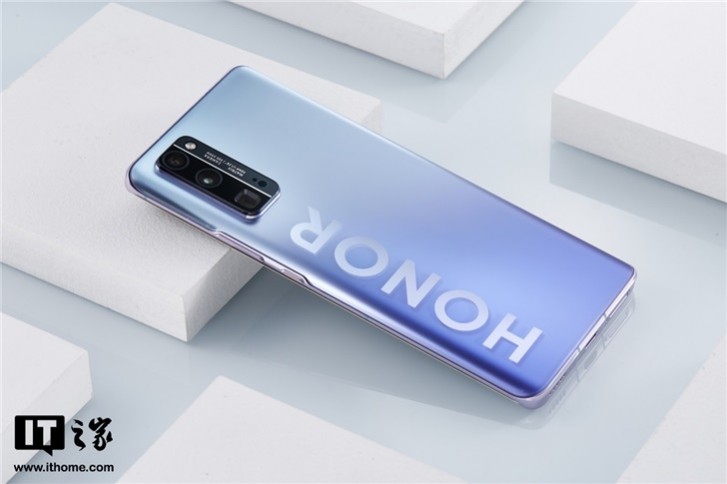 There are three color options – Black, Green, and Silver with the frosted letters. There are two price tags for both RAM choices – the 8/256GB is CNY4,999, the 12/256GB is CNY5,499. Pre-orders begin today at 5PM local time, while actual sales are scheduled for April 21.