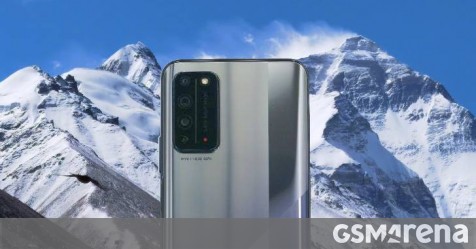 A few days ago China sent a survey team to study Mt. Everest, today they reached the Advanced Base Camp at 6,500m (21,300ft). Whats interesting about this expedition (besides the scientific work that it will do) is that two photographers, Li Pu and Cai Qing, used two Honor phones to capture some beautiful shots.

One of these was the Honor X10 5G, which hasnt been officially announced yet (so these are the first official camera samples from the phone). The five shots have 10MP resolution, since pixel binning was used  the X10 will feature a custom Sony IMX600ysensor with 40MP raw resolution. We still dont know what makes the y unique. The Honor V30 Pro (note: not the 30 Pro) uses a standard IMX600, which has 40MP resolution and a Quad RYYB sensor.

The other handset brought by the survey team was an Honor 30 Pro+, which has been available in stores for only a couple of weeks now. The four photos come in at 12MP resolution, binned from the 50MP raw resolution of the main Sony IMX700 sensor (with a Quad RYYB filter). Unfortunately, there are no shots taken with the 8MP periscope camera

Both the Honor X10 and the 30 Pro+ are 5G-enabeld phones and indeed the captured photos were shared over the 5G network at Everests base camps that China Mobile launched in late March.

The X10 will be made official on May 20. Until then, we can look at the info from TENAA  a Kirin 820-powered smartphone with a 6.63 IPS LCD, a quad camera on the back and a 4,200mAh battery with 22.5W wired fast charging. Note that its predecessor, the Honor 9X, cost around 130, so this one should be pretty affordable too.