The Huawei Y9s unveiled last November will soon debut in India as the company’s Indian branch has posted a video on Twitter teasing its launch.

Make way for the new #HuaweiY9s! With Ultra Full View Display and Triple AI Camera, get ready to experience a smartphone that’s power-packed with features. Nothing less than art!#HuaweiIndia #ComingSoon #StayTuned pic.twitter.com/8FqeKqqDLS

Huawei hasn’t revealed the launch date of the Y9s yet, but the smartphone has been listed on the Chinese phone maker’s official website as well as Amazon.in.

The Huawei Y9s is built around a 6.59″ notchless display of FullHD+ resolution. It has a Kirin 710F SoC under the hood paired with 6GB RAM. The Y9s boots to Android Pie-based EMUI 9.1 and has 128GB of storage, which is expandable by up to 512GB via microSD card.

For selfies and video calls, the Huawei Y9s has a 16MP camera mounted on a pop-up mechanism, and around the back you get a 48MP main camera joined by an 8MP ultrawide and 2MP depth sensor modules.

The Huawei Y9s comes with a side-mounted fingerprint scanner, packs a 4,000 mAh battery, and will be sold in three colors in India – Midnight Black, Breathing Crystal, and Phantom Purple. 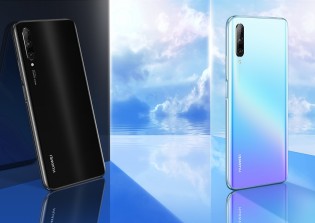 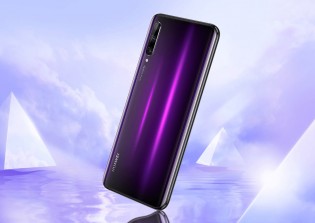