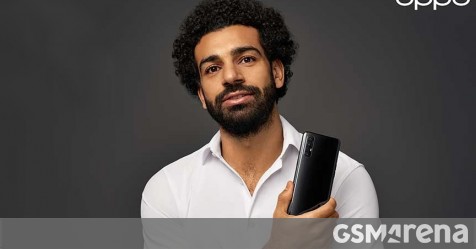 Oppo introduced the global Reno3 Pro with a 44 MP front-facing camera, and now the device will arrive to the MEA region (Middle East & Africa). To celebrate the occasion, the company has invited Mohamed Salah, Liverpool FC and Egypt forward, as a brand ambassador.

The official launch of the Reno3 Pro across the Middle East will take place on March 18, when a collaboration campaign featuring Salah will be introduced in details. Ethan Xue, president of Oppo Middle East, said that Mo Salahs immense professional skills are comparable to the upcoming Reno3 series impeccable photography capabilities.

Oppo has been partnering with FC Barcelona, Roland-Garros, and Wimbledon, as well as the Boston Marathon. The company says such connections bridge communication between the brand and its energetic and passion users worldwide.

@MoSalah is our MEA Brand Ambassador!! 😍 We admire his inspirational & dedicated personality, and he sets an example when it comes to achieving goals & dreams, which are part of our brand’s many values!#OPPOMEAmbassador#OPPOxMoSalah pic.twitter.com/ZE0UbiuffR

The partnership between Oppo and Mo Salah looks promising for the company and its aim to become a truly global smartphone brand. Lets just hope the next brand ambassador is announced after a more positive sports event, not after losing half its games in the past month, including two losses from the sixth in the Spanish Primera Division and one from the seventeenth in the English Premier League.