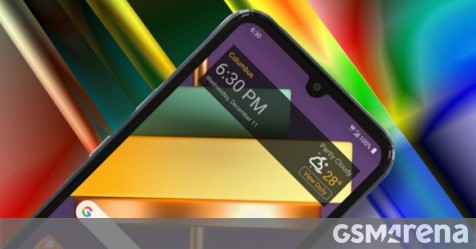 The LG Premier Pro Plus (L455DL) first leaked in early January, but the company hasnt made it official yet. That cant be far off now as the Google Play Console already lists details about the phone and its User manual has surfaced online. 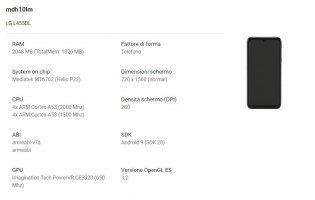 LG Premiere Pro Plus  Phone details from the Google Console

This is a basic phone with a 720p+ display and a MediaTek Helio P22 chipset (quad Cortex-A53 processor). It comes with 2GB of RAM and runs Android 9.0 out of the box. The storage is expandable using the microSD slot, the manual helpfully shows you how to put the card in.

The phone has a dual camera on the back and while the exact specs are unknown, the second module will have an ultrawide-angle lens. The notched screen on the front seems similar to the Velvet design, though that is intended for a more upscale market.

This phone uses a rear-mounted fingerprint reader, as it isnt fancy enough to have an in-display reader. You can use LGs KnockOn feature as an alternative way to wake the phone.

Another thing of to note is the dedicated Google Assistant button. Unfortunately, LG doesnt make it easy to assign a different function to that button. A few more interesting tidbits include the USB-C port on the bottom and the FM radio receiver (yes, theres a 3.5mm headphone jack).

Its not clear when LG will unveil the Premier Pro Plus or how much it will charge for it, but we think soon and not much are good guesses.