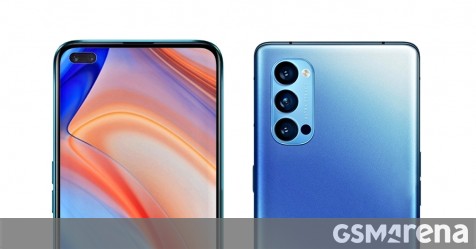 The Oppo Reno4 and Reno4 Pro are on their way. We know that much for sure, with a June 5 unveiling event already scheduled. Thanks to some specs leaks and TENAA listings, we also have a pretty good understanding of what kind of specs to expect from both devices. The pair seems to share most of their internals and design. But, so far, most physical glimpses we have received have been of the Reno4 Pro variant. Enter a new, detailed render that showcases the vanilla Reno4 phone. 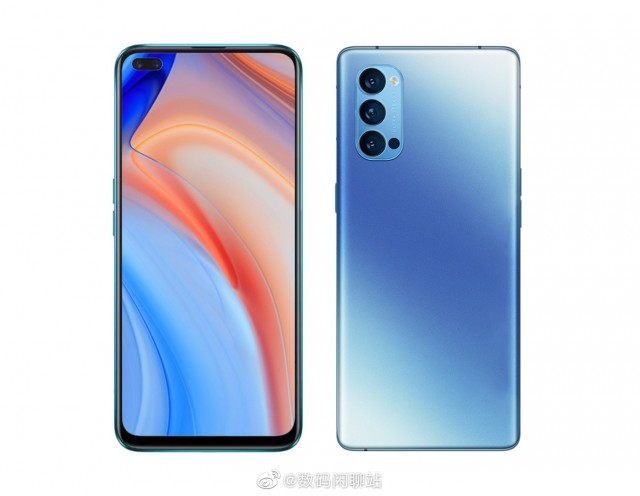 Alongside it  a nifty specs comparison table, that clears-up some of the differences between the two models. The most glaring one of which seems to be the dual selfie camera setup on the vanilla Reno4. It gets a 2MP module, alongside the 32MP one. In contrast, the Reno4 Pro only has a single 32MP unit on the front. Unfortunately, we dont really have any specifics about the respective sensors, which should help make sense of this odd decision. Turning over to the main camera array, we find a 48MP main snapper on both phones. Likely identical. The Pro will have OIS on this camera, along with 12MP and 13MP cameras. The Reno4 will have 8MP and 2MP secondary modules. 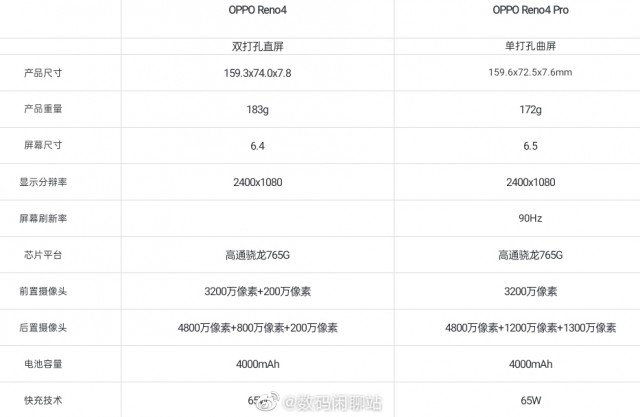 Other noteworthy differences between the vanilla and the Pro include a 6.55 inch, dual-curved display on the Pro, with 90Hz refresh rate and a smaller, 6.43-inch, 60Hz flat unit, with a 2.5D glass finish on the regular Reno4. Other than that, both Reno4 phones seem to have the same 2400 x 1080 resolution. Both also utilize the Snapdragon 765G chipset, alongside a 4,000 mAh battery, with 65W fast charging support. Both phones start with 8GB + 128GB of memory, but the Pro will be configurable with up to 12GB of RAM and 256GB of storage.

Finally, the source of this new Reno4 render also hints at a retail price of around CNY 3,000, or about USD 420. This is just an unconfirmed rough estimate, though.