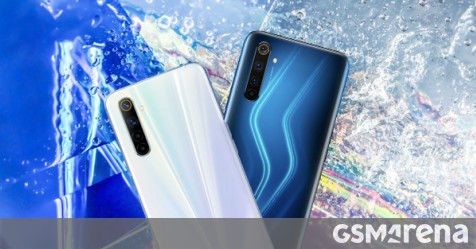 This is the first Realme smartphone with Mediateks gaming-oriented G90T chipset. The 12nm platform brings an octa-core CPU with two 2.05GHz Cortex A76 big cores and six 2GHz Cortex-A55 power efficient cores, Mali-G76 MC4 GPU and is coupled with either 4GB, 6GB, or 8GB RAM.

The Realme 6 packs a 6.5 LCD, just as big as on the Realme 5, but the resolution got upgraded to FullHD+ and it now comes with 90Hz refresh rate. It has Gorilla Glass 3 on top and a punch hole for 16MP F/2.0 selfie camera with relatively large 1/3.1″ sensor. 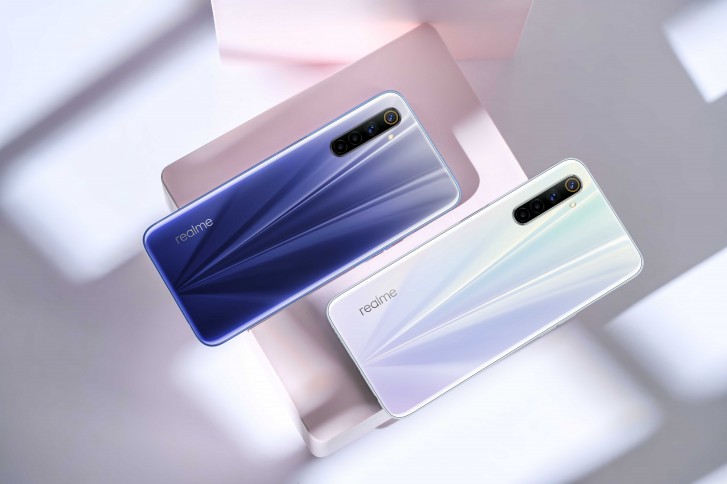 There are four snappers on the back – 64MP main one with Samsung ISOCELL Bright GW1 sensor, 8MP f/2.3 ultrawide unit, 2MP dedicated macro shooter and a 2MP B&W auxiliary unit for enhancing the portrait shots. 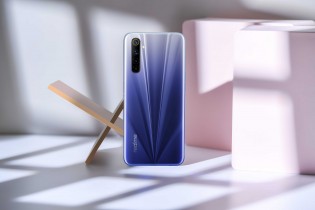 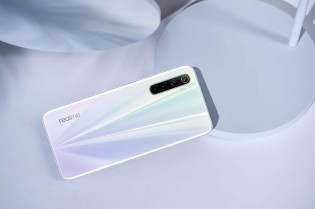 Realme 6 is coming in 64GB and 128GB UFS2.1 storage versions and both get a dedicated microSD slot alongside the dual SIM Slots.

On the inside, there is also a 4,300 mAh battery that could be charged in one hour with the 30W charger in the box.

You can pre-order the phone now with an INR3,000 deposit. Actual sales will take place on March 11 at noon Indian time at Flipkart and Realme.com.

The Realme 6 Pro sports a 6.6 LCD with 90Hz refresh rate and FullHD+ resolution, which has a pill-shaped punch hole that hosts two selfie cameras. Those include a 16MP f/2.0 Sony IMX471 module and an 8MP ultrawide snapper with 105-degree field of view. 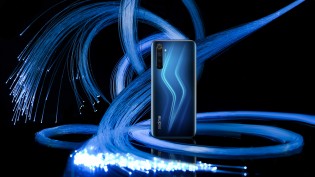 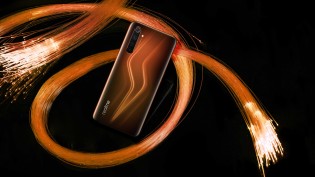 The setup on the back is also impressive – the main 64MP camera is accompanied by a 12MP f/2.5 telephoto shooter, an 8MP ultrawide angle snapper, and 2MP macro lens. The Realme 6 Pro supports UIS and UIS Max Video Stabilization. The battery of the Realme 6 Pro is the same as its vanilla sibling – 4,300mAh cell with support for 30W fast charging.

Both phones also have Realme UI with Android 10 serving as a base, and the Pro supports NavIC – Indias own satellite navigation system.