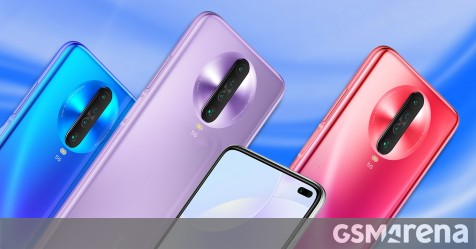 Considering that Xiaomi launches a new Redmi K generation every six months or so and the Redmi K30 Pro came out in March, were not far off the Redmi K40 reveal. First things first, though  certifications.

The 3C certified a Xiaomi phone with a model name M2006J10C. It will come with the MDY-11-EX charger, the 33W power brick that is bundled with the Redmi K30 Pro along with several other phones.

So this could be the Redmi K40 (Pro). Another possibility is that this is the mysterious CAS phone, which may become the Xiaomi Mi CC10. It surfaced earlier this month with claims that it will use a 108 MP Samsung HM2 sensor in the main camera. Also, its supposed to feature a periscope lens with 12x optical zoom and 120x digital.

Qualcomm has an event scheduled for June 17 and it will talk about 5G chipsets. If it does unveil the 775G, well start keeping an eye out for benchmark results from the Redmi K40, Xiaomi Mi CC10 or whatever this phone ends up being called.